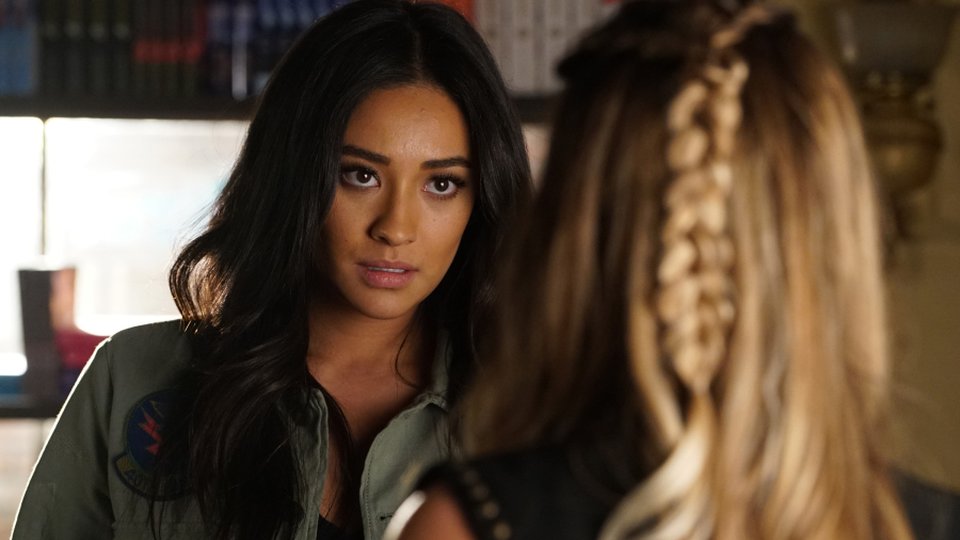 Mary Drake (Andrea Parker) dropped Hanna off at Spencer’s (Troian Bellisario) and the PLLs pulled together to try and figure out what Mary was up to. Hanna tried to throw herself back into life but wound up breaking up with Jordan (David Coussins) and agreeing to Lucas’ (Brendan Robinson) business offer.

Elsewhere Emily (Shay Mitchell) discovered that Mary and Dr. Rollins (Huw Collins) had a relationship of some sort, Alison (Sasha Pieterse) continued to be drugged and wasn’t allowed visitors, and Spencer questioned if her relationship with Caleb (Tyler Blackburn) had reached its conclusion.

The next episode of the season is The Talented Mr. Rollins. Still reeling from the trauma of Hanna’s abduction and dark fate, the Liars must shift their focus to another one of their own. In order to protect Alison from Uber A’s threats, the PLLs snap into action at a chance to rescue her from the hospital. However, in doing so, they make a deadly mistake that changes everything.

Tune in to Freeform Tuesday at 8/7c in the US and Netflix Wednesday in the UK to see the episode. Preview it with our gallery below: