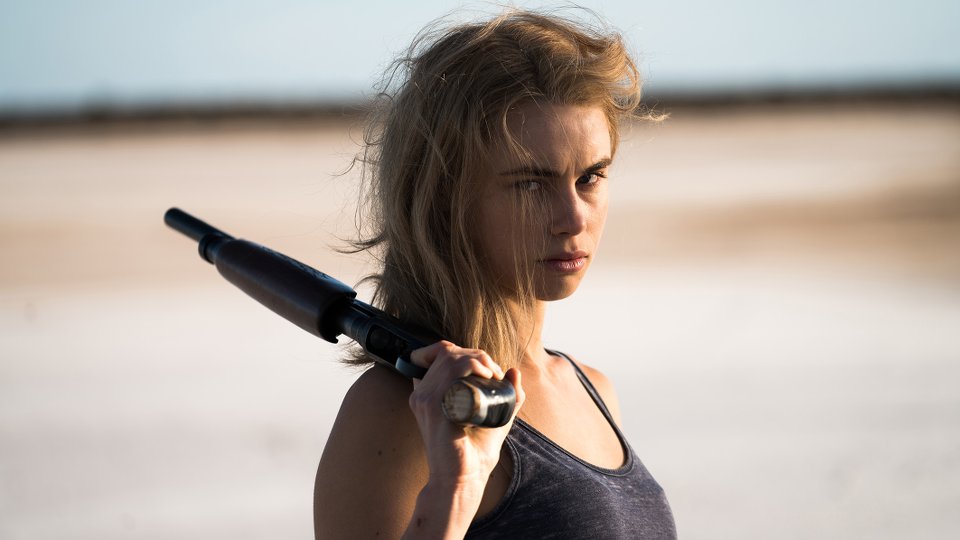 A six-part TV series based on the psychological thriller Wolf Creek is coming to FOX in the UK this August it has been announced.

John Jarratt will reprise his role of murdering psychopath Mick Taylor and he’s set to wreak more havoc in the Australian Outback. The series will also star Lucy Fry (11.22.63).

Wolf Creek follows American teenager Eve Thorogood (Fry) on holiday with her family in Northern Australia. Sadistic killer Mick targets the family, viciously slaughtering them for his own twisted pleasure. Seriously injured, Eve survives the massacre of her parents and little brother, and sets out to bring the killer to justice. And so begins a chilling game of cat and mouse, with the roles reversed and the hunter becoming the hunted. A Tarantino-esque revenge tale, Wolf Creek reveals Eve’s complex and extraordinary journey, as she evolves from child to adult, from prey to predator. But can she triumph over Mick Taylor, evil incarnate?

Toby Etheridge, Head of Programming, FOX UK, commented, “Wolf Creek is a slick and tense psychological drama boasting gnarly thrills and heart-stopping tension. FOX is renowned for its high-quality horror hits including exorcism drama Outcast and the American Horror Story franchise, making Wolf Creek a perfect addition to our portfolio. Mick Taylor may not be good for tourism, but he’s great for entertainment!”.

Chris Stewart, VP Sales & Acquisitions, commented, “Zodiak Rights is delighted to be partnering with FOX to bring this fantastic series to UK viewers. Wolf Creek terrified a generation when the original film released in 2005 and with the same creative team at the helm, this brand new series is guaranteed to provide another premium dose of tension and terror!”

Wolf Creek has been adapted for television by Peter Gawler, Greg McLean and Felicity Packard. It is a Stan Original Series, produced by Screentime, a Banijay Group company, in association with Emu Creek Pictures and financed with the assistance of Screen Australia and the South Australian Film Corporation.

Wolf Creek will premiere in the UK on Tuesday 30th August at 10pm on FOX.

Advertisement. Scroll to continue reading.
In this article:FOX, Wolf Creek