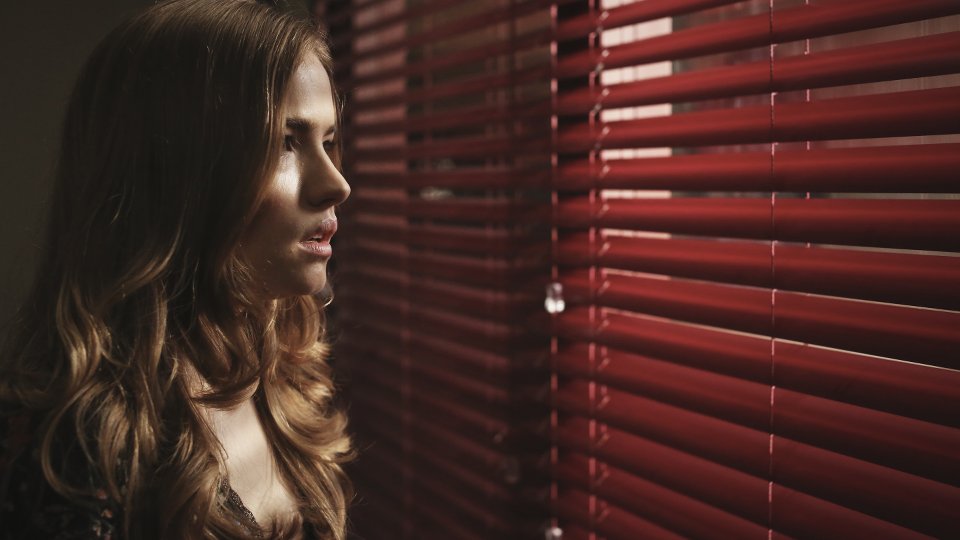 Emma (Willa Fitzgerald) was manipulated into throwing a birthday party for Kieran (Amadeus Serafini) by Eli (Sean Grandillo) on the latest episode of Scream.

Despite insisting he wanted to spend his birthday only with her, Emma was swayed by Eli and decided to throw him a big birthday party. Things quickly took a turn for the worse when a mysterious bottle of tequila arrived supposedly from Jake (Tom Maden), which the party drank not realising it was spiked.

What followed was a series of hallucinations with Emma believing she’d been attacked by the killer, Noah (John Karna) dealing with some unresolved feelings he may have towards Audrey (Bex Taylor-Klaus), and Brooke (Carlson Young) getting cosy with Stavo (Santiago Segura).

Elsewhere Brooke was named as one of the finalists of the Lady of the Lake competition, which was interrupted by a Carrie-like moment when Brooke was covered in blood and Jake’s body dropped on to the stage.

The next episode of the season is Dawn of the Dead. The death of a loved one hits hard and GW High goes into lockdown. Suspicions rise among the Lakewood 5 who wonder if it’s all happening again and if one of their own is the Killer…

Tune in to Tuesday on MTV at 10/9c in the US and Netflix in the UK. Preview the episode with our gallery below: