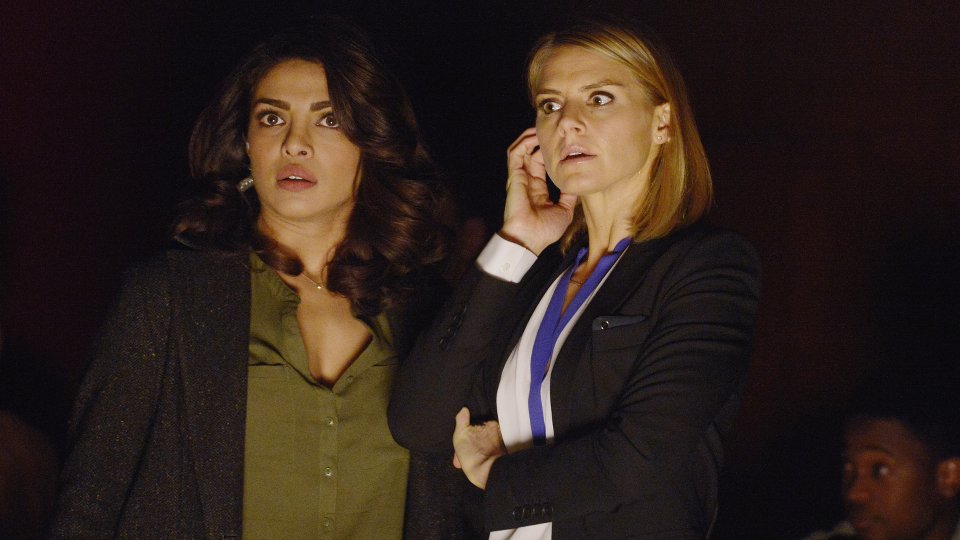 Alex (Priyanka Chopra) was given a new mission by the terrorist on this week’s episode of Quantico.

She was tasked with swapping Senator Claire Haas’ (Marcia Cross) pill bottle but she struggled to do as she’d been asked. Her failed attempts led to a run in with Hannah (Eliza Coupe) and she came clean about the terrorist and Natalie’s (Anabelle Acosta) death. Hannah took the pills from Alex and kicked her out before making the trade herself.

In the past Claire lead the week’s exercise which was interrupted when the terrorist cell that Raina (Yasmine Al Masri) had infiltrated attacked the academy. Drew (Lenny Platt) saved Liam’s (Josh Hopkins) life but a hostage situation transpired at Miranda’s (Aunjanue Ellis) house forcing her to shoot her own son.

The next episode of the season is Clue. At Quantico, the NATS are given a training exercise that hits too close to home for Shelby. While in the future, Alex finds an unlikely ally in Hannah, as she continues to try and stop the terrorist from striking again.