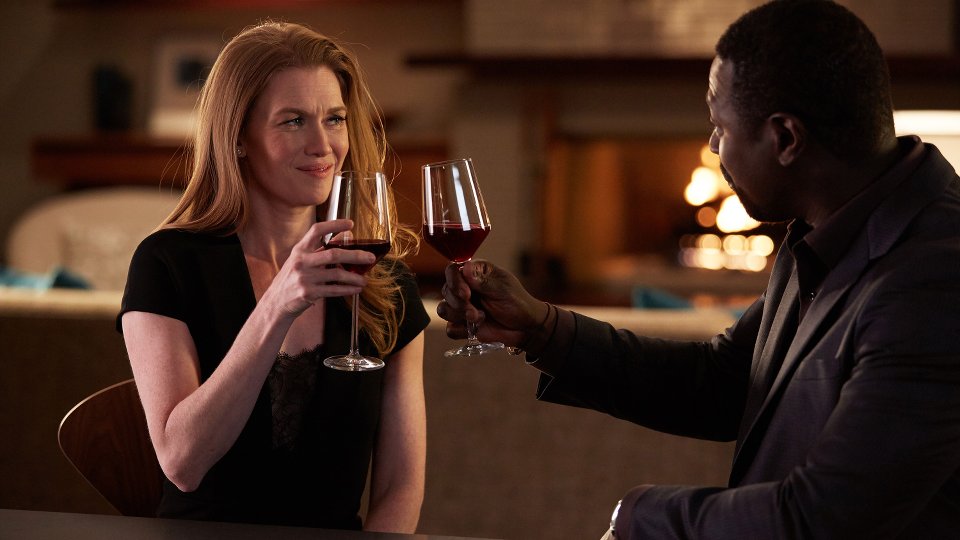 Alice (Mireille Enos) made an impulsive decision on the latest episode of The Catch.

After deciding to join forces with Dao (Jacky Ido) behind Val’s (Rose Rollins) back, Alice managed to get herself into a meeting with Ben (Peter Krause) and Princess Zara (Medalion Rahimi). Ben once again asked Alice to stop chasing him for her own safety and they agreed to meet in a park on another occasion.

When the meeting came around, Alice turned up wearing a wire but when Ben gave her all her money back, she threw the opportunity to catch him and allowed him to escape. Dao suspected that she did it on purpose but she blamed him for ruining the operation.

Elsewhere in the episode the firm took on the case of a missing woman who was found dead only to discover that she wasn’t dead at all and was on the run from the company she worked for.

The next episode of the season is The Laragon Gambit. Alice suspects there are threats from within as well as out this week when she fears there may be a mole in her organisation.