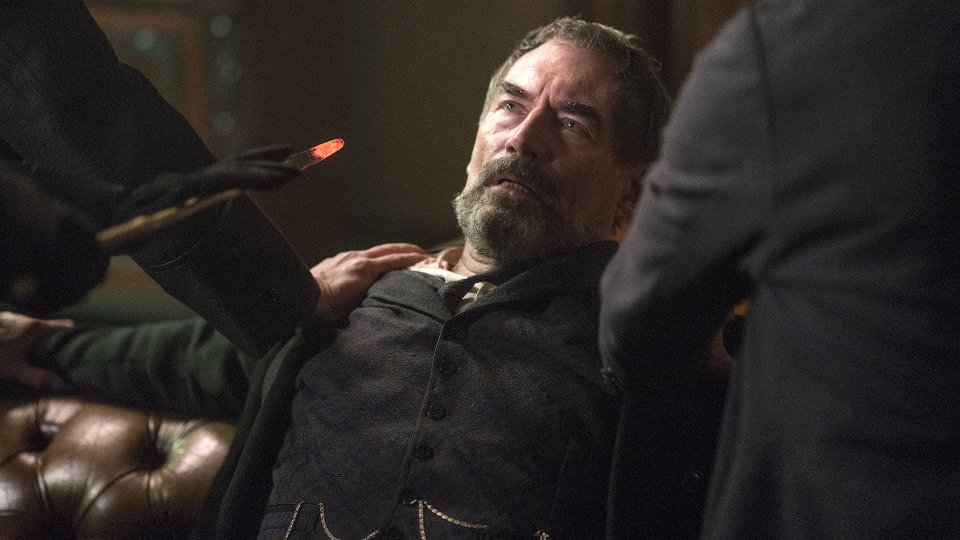 Penny Dreadful comes to the end of its third and final season in the UK tomorrow night with a double bill.

In the latest episode of the series Lily (Billie Piper) was kidnapped by Victor (Harry Treadaway) with a little help from Dorian (Reeve Carney) after he tired of her quest to get vengeance against men with her gang of women. The Creature (Rory Kinnear) reunited with his family and it looks like he may get a happy ending after all.

Elsewhere Kaetenay (Wes Studi) experienced a vision of imminent destruction that threatened the lives of the people around him. Vanessa (Eva Green) discovered that Sweet (Chris Camargo) is really Dracula and decided to go after him.

In the penultimate episode Perpetual Night, Ethan, Sir Malcolm (Timothy Dalton) and Kaetenay return to London, and Lily reveals a heartbreaking story from Brona Croft’s past.

In the series finale The Blessed Dark, Ethan learns the shocking truth about Kaetenay. Meanwhile, The Creature must make a moral decision as the others battle to save Vanessa.

Tune in to Sky Atlantic HD at 10pm on Tuesday to see both episodes. Preview them with our gallery below: