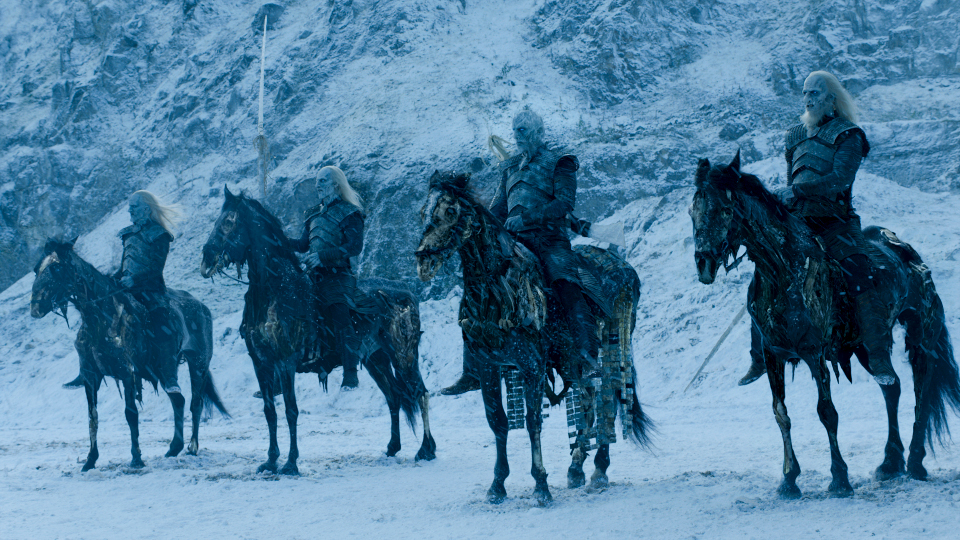 Game of Thrones season 6 continued with its ninth episode, Battle of the Bastards (read our recap).

If you’re not up to date on the Game of Thrones TV show and like to avoid spoilers (you have been warned) we suggest you don’t read any further. Below is information we’ve taken from the episode 10 preview trailer as well as speculation about what we think might happen.

The season finale is written by showrunners David Benioff & D. B. Weiss with Miguel Sapochnik in the director’s chair for the second time this season. The episode is expected to be titled The Winds of Winter which is the same name as the upcoming sixth novel in the A Song of Fire and Ice series by George R. R. Martin. The episode will be the longest yet for Game of Thrones with a running time of 69 minutes. The synopsis is rumoured to be:

Watch the official preview trailer from HBO for episode 10 below:

The trailer opens up with a shot of Cersei (Lena Headey) as we hear the High Sparrow (Jonathon Pryce) say ‘Are you prepared to stand trial, and profess your guilt or innocence before the seven?’. We know trial by combat is off the table so it will be interesting to see how, and if, Cersei survives.

Next is a shot of a white bird heading towards Winterfell, don’t suppose Bran (Isaac Hempstead Wright) could be Warging?

Jon Snow (Kit Harington) is heard to say to Sansa Stark (Sophie Turner) ‘We need to trust each other, we have so many enemies now’, before kissing her on the head. Could he be leaving to head back North?

At House Frey, Walder Frey (David Bradley) is holding a feast and giving a toast where he is heard to say ‘The Freys, and the Lannisters, send their regards’. Jaime Lannister (Nikolaj Coster-Waldau) is seen smiling.

At Winterfell, Sansa is seen sat under what looks like a Weirwood tree. She is heard to say to Littlefinger (Aiden Gillen) ‘What do you want?’ and he replies ‘I thought you knew what I wanted?’. Will he now be after her hand in marriage after saving the day at the battle with Ramsay?

Elsewhere in Winterfell, Ser Davos (Liam Cunningham) is talking to Jon Snow and Melisandre (Carice Van Houten). He now knows about how Shireen Baratheon died and is heard to say to Melisandre, ‘Tell him what you did to her’ before screaming it again at her. Davos is not best pleased.

There’s a brief glimpse of Bran, looking a lot better than last we saw him. This followed by Daenerys (Emilia Clarke) touching Daario’s (Michiel Huisman) face as he’s heard to say ‘Are you afraid?’

At the end of the trailer, Tyrion (Peter Dinklage) is heard to say to Daenerys, ‘Good, you’re in the great game now, and the great game is terrifying’.

Check out the first images of The Winds of Winter to find out more.