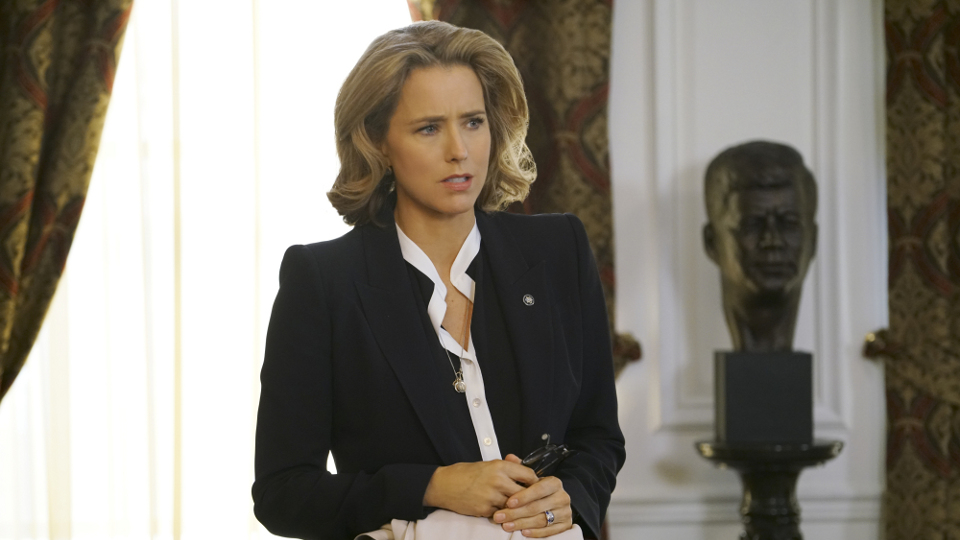 In the latest episode of Madam Secretary, Elizabeth (Téa Leoni) went to New York to make her first speech to the United Nations. She called upon the other members to help in the fight against Hizb al-Shahid.

She made extra effort afterwards on Russia and spoke to their new Foreign Minister about creating a coalition. In return Russia made some impossible demands but Elizabeth was able to find ways around them.

Meanwhile, Henry (Tim Daly) was having nightmares about Dmitri and decided to check up on his sister Talia. After finding out she had been arrested Henry went out of his way to help her.

Henry couldn’t have picked a worse time to start upsetting Russia. The result was Henry and Elizabeth fighting over the right course of action. We got to see a very frustrated and angry Henry who was incredibly upset with Elizabeth.

Henry also had to help Murphy Station try to get Hijriyyah to talk about Jibral Disah. Initially they struggled to get any information from her but Henry suggested bringing in her old teacher.

Hijriyyah opened up with her teacher and she explained that she was scared of her father. Hijriyyah agreed to help if the US killed him.

They took him out with a drone strike and then Hijriyyah told them about Disah’s plans.

Elsewhere in the episode, Elizabeth’s horse, Buttercup, had to be euthanised which made for a pretty devastating scene.

The next episode of season two is Connection Lost. When President Dalton gets word that the world’s most wanted terrorist, Jibral Disah, is hiding in Islamabad, he sends the “Murphy Station” — Henry, Jane and Jose — on a dangerous mission. Also, Elizabeth and Henry go to couples therapy to keep their relationship on track.