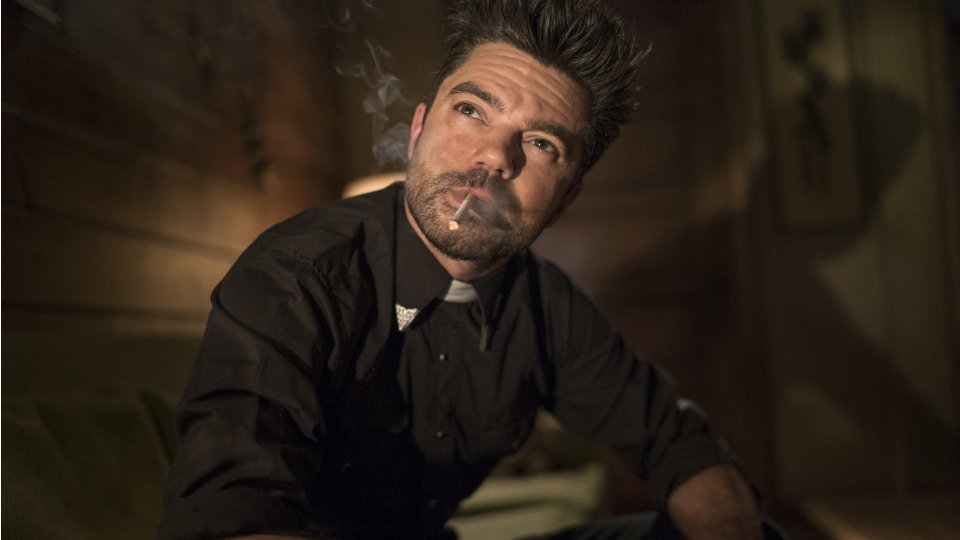 Jesse (Dominic Cooper) realised that he possesses supernatural powers on the latest episode of Preacher.

Throughout the episode he tried to counsel Linus (Ptolemy Slocum) the town’s bus driver who also happens to be a paedophile. Safe in the knowledge that Jesse can’t tell anyone of their conversation, Linus proceeded to detail his latest fantasy much to Jesse’s disgust.

Later in the episode Jesse reverted to his old ways and beat him up before baptising him in his bathtub. After telling him to forget the little girl who he is fantasising about, Jesse realised that he had the power of mind control. He further tested it on a comatose girl by asking her to open her eyes.

Elsewhere in the episode Tulip (Ruth Negga) continued to try and bring Jesse back to his old ways and Cassidy (Joseph Gilgun) got into a bloody fight with DeBlanc (Anatol Yusef) and Fiore (Tom Brooke) and buried them.

The next episode of the season is The Possibilities. Cassidy helps Jesse explore his newfound power; based on new information, Tulip tries to convince Jesse to seek revenge.

Tune in to AMC at 11/10c on Sunday in the US and Amazon Prime Video on Monday in the UK to see the episode. Preview it with our gallery below: