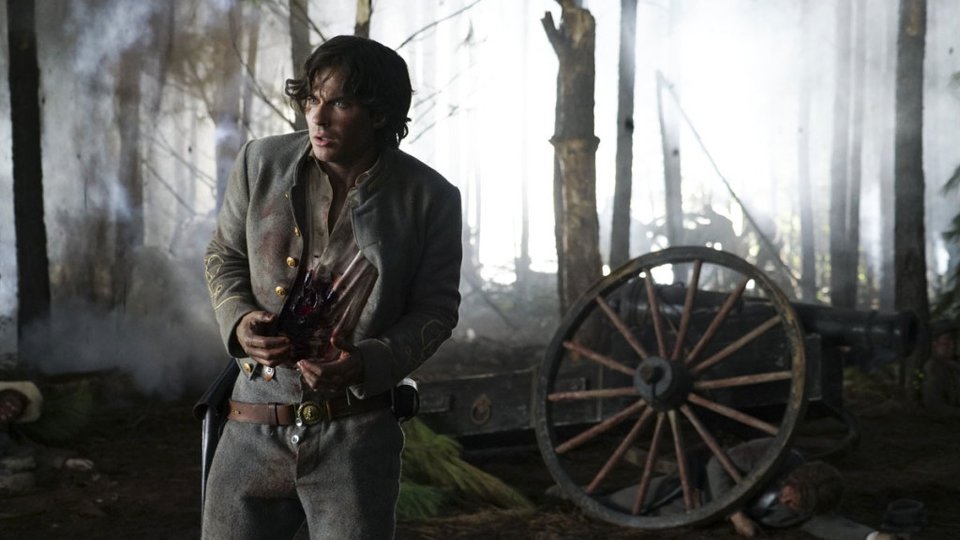 After nearly 6 months off our screens, The Vampire Diaries FINALLY resumes its seventh season here in the UK weeks after it came to an end in the US.

As frustrating as the wait has been for us UK fans, the rest of the season should air uninterrupted now on ITV2. When we last saw the show Julian (Todd Lasance) fought the Salvatore brothers and Damon (Ian Somerhalder) was struck with the Phoenix sword meaning that his soul was trapped inside the stone. Damon was shown to have returned back to his Civil War days.

In the future Stefan was shown with Valerie (Elizabeth Blackmore) whose car he borrowed after Damon was kidnapped and taken to Dallas.

The next episode of the season is Hell Is Other People. After finding himself on the wrong end of Julian’s plan to avenge Lily’s death, Damon awakens to find himself trapped inside the Phoenix stone.