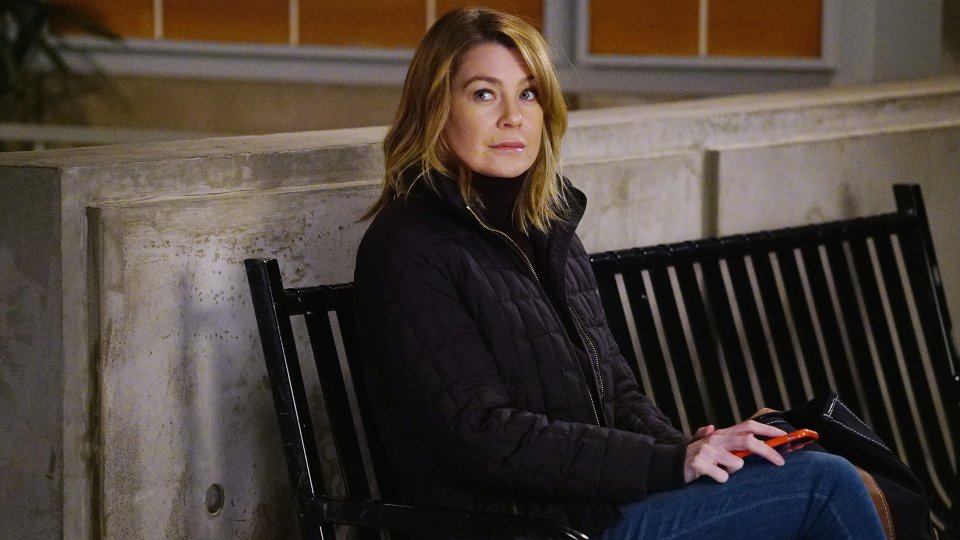 Amelia (Caterina Scorsone) struggled with her latest impulsive decision on the season 12 finale of Grey’s Anatomy.

If you haven’t seen season 12 of Grey’s Anatomy and want to avoid spoilers, we suggest you stop reading now. If you have seen it and want to hear our thoughts on season 13 keep reading.

After taking Meredith’s (Ellen Pompeo) advice – perhaps a little too literally – Amelia decided to propose to Owen (Kevin McKidd) and the couple quickly set a date for the wedding. In the season finale Amelia flipped out and ran away from the wedding but eventually she returned thanks to much coaxing from Meredith and Maggie (Kelly McCreary). The final shot saw Amelia walking down the aisle and presumably the wedding went ahead.

As Amelia made her way down the aisle, a love triangle formed when Maggie confessed to Meredith that she really liked Riggs (Martin Henderson). Maggie had no idea that Meredith had hooked up with Riggs and by all accounts it looks like he may be smitten with Meredith. Uh oh!

Elsewhere in the episode Warren (Jason George) redeemed himself with Bailey (Chandra Wilson) after safely delivering April’s (Sarah Drew) baby in Meredith’s house, Alex (Justin Chambers) viciously attacked DeLuca (Giacomo Gianniotti) after misunderstanding a situation he’d walked into involving Jo (Camilla Luddington), and Jo drunkenly revealed that she was already married to an abusive man she had run away from.

There was a happy ending of sorts for Callie (Sara Ramirez) when Arizona (Jessica Capshaw) decided to put their differences aside so Callie could go to New York to be with Penny (Samanthan Sloyan) without the custody arrangement for their daughter standing in the way.

1. Amelia and Owen to start the season married and happy. The ending of season 12 was a little ambiguous as Amelia was only seen walking down the aisle so technically we still don’t know if she went through with marrying Owen. After everything both characters have been through I’d like them to experience a little happiness no matter how brief it’s likely to be. If the couple get pregnant and have a baby, I’d be happy to see that storyline play out too.

2. Meredith and Maggie to get through their love triangle. This is one storyline that is going to get very awkward, very quickly. It looks like Meredith will continue her fling with Riggs behind Maggie’s back and that’s obviously going to cause a lot of problems. Inevitably Maggie will find out but I hope there’s an adult conversation with the sisters rather than them being ripped apart and ending in a Meredith and Amelia situation. Honestly I think Riggs is a better fit with Maggie than Meredith but the hook up with Meredith was unexpected and intriguing.

3. A definitive answer on Owen’s sister. You may argue here that there is a definitive one – she’s dead. That may be how it seems but I can’t help feeling that at some point she’s going to surface alive and well. It felt like that’s what they were building to for most of season 12 but it never happened. Imagine how much more awkward that love triangle with Riggs, Meredith and Maggie will get if she is still alive.

4. Consequences for Alex. I was so disappointed by how Alex reacted to DeLuca on the season finale. Sure the situation didn’t look great – a half naked Jo on her bed with DeLuca on top of her – but he didn’t even attempt to find out what was going on before he went in with his fists. Alex’s temper has always been his downfall and I’m not sure that he and Jo can survive this latest hurdle. As for DeLuca – I hope that pretty face isn’t too bashed in!

5. Jo to come clean. Now the secret is out and DeLuca knows, it can only be a matter of time before Jo tells everyone about her secret husband. She needs to come clean to Alex first and then deal with the mess that she has accidentally created. Don’t be surprised if her husband comes knocking during season 13 either.

6. April and Jackson (Jesse Williams) to rebuild their relationship. The couple took tentative steps when they agreed to raise their child together outside of lawyers and courtrooms. They looked the happiest we’ve seen them all season when their baby was safely delivered and despite being divorced, I don’t think it’s too late for the couple to sort through their differences and get back together.

7. Arizona to find love again. All of the focus has been on Callie’s love life since the two split with Arizona not managing to do much more than get back into the dating world with a little help from Richard (James Pickens Jr). With Callie now in New York, it’s time that Arizona got herself a little happiness don’t you think?

8. Ben back on the residents program. He may have behaved badly throughout a lot of season 12 but I feel like Ben has learned his lesson. It’s thanks to him that April and her baby are alive and that reconciliation with Bailey is something I had longed to happen for weeks. He should be reinstated and allowed to continue on the program.

9. Will Thorpe (Scott Elrod). I liked Will and thought he was a good match for Meredith. He did promise her that he would wait until she was ready and I honestly don’t think that Riggs is a long-term match for her. Perhaps he can enter the picture again when things inevitably go wrong with Riggs and pick up the pieces.

10. DeLuca to get more to do. The character was made a regular during season 12 but his character was pretty under-used once his relationship with Maggie came to an end. There’s obviously the Jo and Alex storyline to pick up but with Jerrika Hinton’s Steph no longer a regular (it’s thought that she will recur on season 13 after landing a role in another Shondaland show) there’s surely room to give DeLuca a meaty storyline of his own.

Grey’s Anatomy will return to ABC in the US and Sky Living HD in the UK this autumn for season 13.