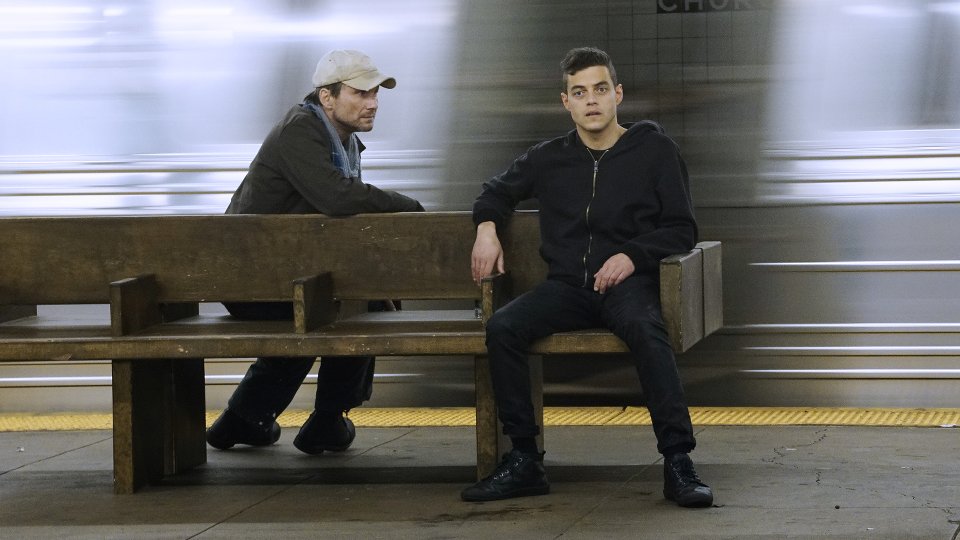 Mr Robot, the critically acclaimed and award-winning drama, will get its UK television premiere on Universal Channel in July it has been announced.

Kicking off with a feature length double episode on Thursday 21st July 2016, Mr Robot stars Rami Malek (The Pacific) and Christian Slater (Nymphomaniac). The premiere will air uninterrupted so viewers can enjoy it without any adverts.

Rami Malek stars as Elliot, a young computer programmer who works as a cyber-security engineer by day and as a vigilante hacker by night. One day, Elliot finds himself at a crossroad when the mysterious leader (Christian Slater) of an underground hacker group recruits him to join their organization and destroy the firm he is paid to protect. Compelled by his personal beliefs, Elliot struggles to resist the chance to take down the heads of multinational companies he is convinced are running – and ruining – the world.

“Mr. Robot is a huge success, with several outstanding and award-winning performances. It’s a must-see series that we’re pleased to make part of our drama offering on Universal Channel.” says Chrystele Fremaux, VP Programming, UK & Emerging Markets, NBCUniversal International Networks. “Our content is led by strong characters and Mr. Robot has them in spades.”

Watch the teaser trailer for the show below: