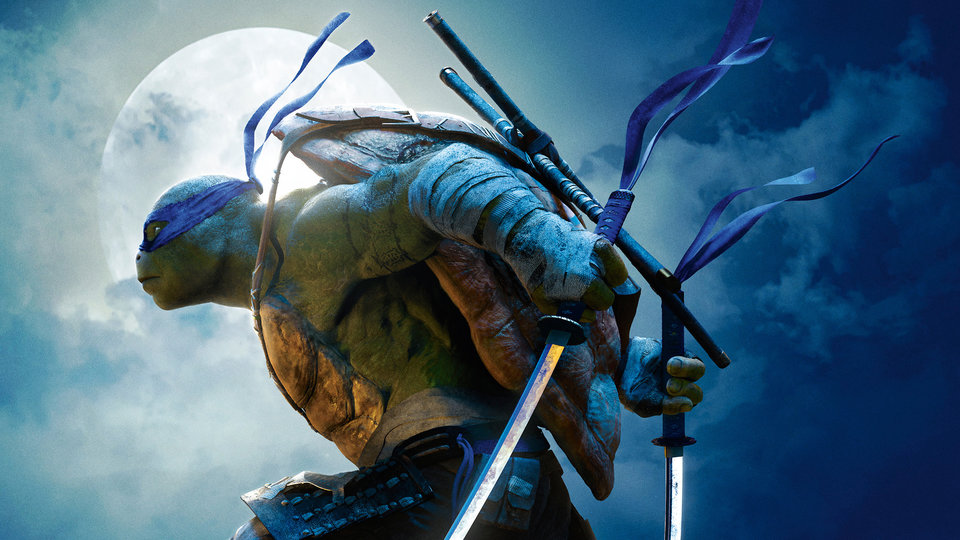 Those heroes in a half-shell are back for more Turtle-powered fun. With Shredder (Brian Tee) now in a dangerous partnership with the powerful inter-dimensional being named Kraang (voiced by Brad Garrett), the world is once again under threat. Cue the Teenage Mutant Ninja Turtles into action, along with their allies April O’Neil (Megan Fox), Vernon Fenwick (Will Arnett) and newcomer Casey Jones (Arrow star Stephen Amell).

Full of cracking action, lots of humour and some very impressive special effects, this second Turtles adventure is a joy to watch and really captures the essence of the characters – something that makes these latest big screen adventures very palatable.

The tone these films adopt lends itself to some great humour and spectacle. It’s something that appeals to both the original fans of the 90s cartoon and movies, along with ardent followers of the Turtles more recent iterations. Leonardo, Donatello, Raphael and Michelangelo are physically portrayed through motion-capture in Teenage Mutant Ninja Turtles: Out of the Shadows by Pete Ploszek, Jeremy Howard, Alan Ritchson and Noel Fisher respectively. Their performance shouldn’t go unsung, even though the film is CGI heavy – they all do their characters real justice.

The human side of the supporting actors all hand in their usual, reliable shifts too. Megan Fox simply smoulders onscreen and her comic timing is spot-on. After the last battle (the events of the first film), Vernon has now agreed to be the public face of the Turtles heroism, allowing them to stay unnoticed in the shadows. Being the saviour of New York City creates some funny moments and Will Arnett steals all of his scenes here.

If there are disappointments, they come in the form of Shredder, who really doesn’t get to do much at all this film. Brian Tee is a good actor so hopefully he can be used better in a third movie. Elsewhere, Stephen Amell makes for a good Casey Jones but the script forces him into a rushed would-be relationship with April O’Neil instead of properly building up to any romance with due diligence. Again, this is no fault of the actor – just something the script rushed through.

Throw in acting talent like Laura Linney and the brilliant Tyler Perry, along with comedy crime-duo Gary Anthony Williams and WWE star Sheamus as the hilariously stupid Bebop and Rocksteady, and you have a very fun blockbuster that does the Turtles legacy justice. The action is brilliant, especially an initial car chase through the city, and the story develops nicely. Seeing Kraang being just as whiney and irksome as he is in the cartoons is also a joy to watch on the big screen. Teenage Mutant Ninja Turtles: Out of the Shadows is a great summer blockbuster for the family and guarantees a fun night out at the movies.