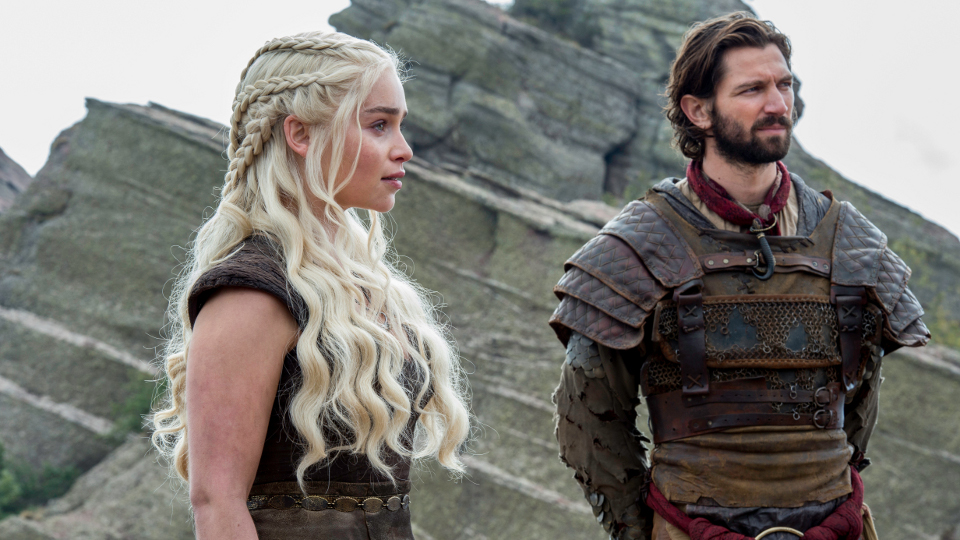 Game of Thrones season 6 continued with its fifth episode, The Door (read our recap).

If you’re not up to date on the Game of Thrones TV show and like to avoid spoilers (you have been warned) we suggest you don’t read any further. Below is information we’ve taken from the episode 6 preview trailer as well as speculation about what we think might happen.

The sixth episode is written by Bryan Cogman with Jack Bender in the director’s chair for the second time. The episode is titled Blood of My Blood. The synopsis for the episode is:

Watch the official preview trailer from HBO for episode 6 below:

The trailer opens up with Meera Reed (Ellie Kendrick) still trying to get Bran Stark (Isaac Hempstead Wright) to safety as the White Walkers are in pursuit. She’s heard to say that she’s ‘so sorry’ and Bran is still in warg mode. Will either of them survive? How can Bran escape now that he’s marked by the Night’s King?

Next up is Sam and Gilly as they head to meet his family. She’s heard to ask Sam ‘You didn’t tell them I’m a Wildling?’. It should be interesting to meet Sam’s family and to see how they take to Gilly.

The High Sparrow is getting ready for Margaery (Natalie Dormer) to atone for her sins. He’s heard to tell the people that she’s disgraced her house and her King. This is followed by a shot of Tommen turning to look at the High Sparrow. Could this be the end for King Tommen?

Jaime Lannister appears to be talking to Cersei (Lena Headey). He says ‘He’s torn our family apart’, presumably a reference to the High Sparrow. Cersei is heard to say ‘We should treat them without mercy, and we will show them what we do to our enemies’. It looks like there will be a big showdown between the Sparrows and Jaime. Will the Tyrell’s be joining in? Hopefully the Mountain gets stuck in too.

Dany (Emilia Clarke) is riding with Daario (Michiel Huisman) and he tells her ‘You’re a conqueror, Daenerys Stormborn’ she replies ‘I take what is mine’. Will she now head back to Meereen? Will Drogon return?