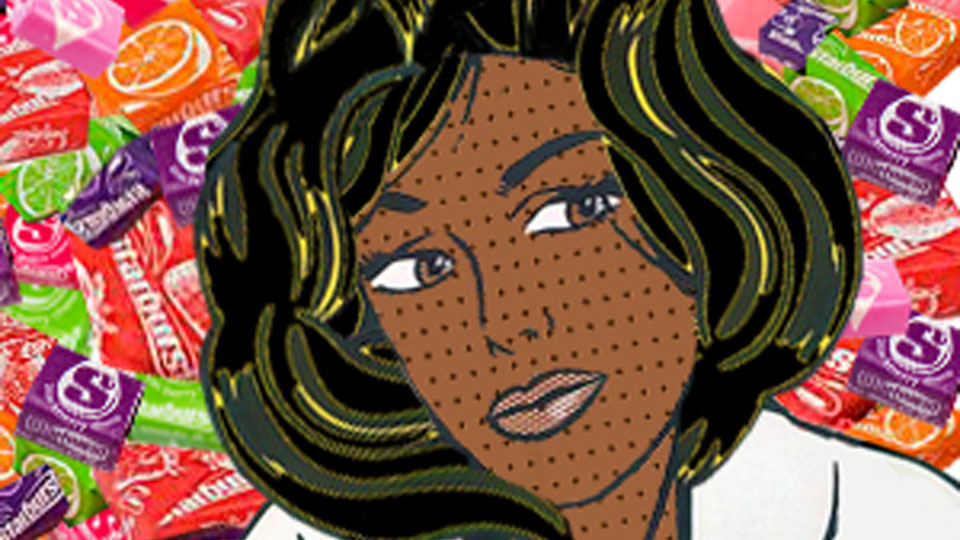 Strawberry Starburst will play at the Blue Elephant Theatre in Camberwell from 11th – 28th May.

“I close my eyes and think back to the days when I used to stuff my face with mum’s spaghetti bolognese and I loved it, tomato juice dripping all down my chin.”

Shez is passionate about strawberry starbursts, her mum’s cooking and her boyfriend’s prickly face. But when her life seems to slip out of control, she finds herself choosing between the food she loves and the people she cares about, never suspecting that this will become a matter of life and death. Strawberry Starburst is a heartfelt and poignant new drama about one girl’s battle with her demons…and the lengths she’ll go to fight them.

Strawberry Starburst was written following interviews with experienced healthcare professionals, specialist researchers and those who have experienced eating disorders.

Jo Sadler-Lovett and Niamh de Valera, Co-Artistic Directors of Blue Elephant Theatre, say, “We have programmed Strawberry Starburst because it’s a powerful piece of new writing which addresses an illness we’ve known to harm so many people. Our youth theatres work with many young people on local estates and we love that Shez is an outspoken, London teenager they can relate to. As we also do a lot of work around mental health and well-being, we’re delighted to be delivering accompanying workshops to schools and youth groups. We hope that audiences will find this powerful play moving, engaging and enlightening.”

See www.blueelephanttheatre.co.uk for details and to book.