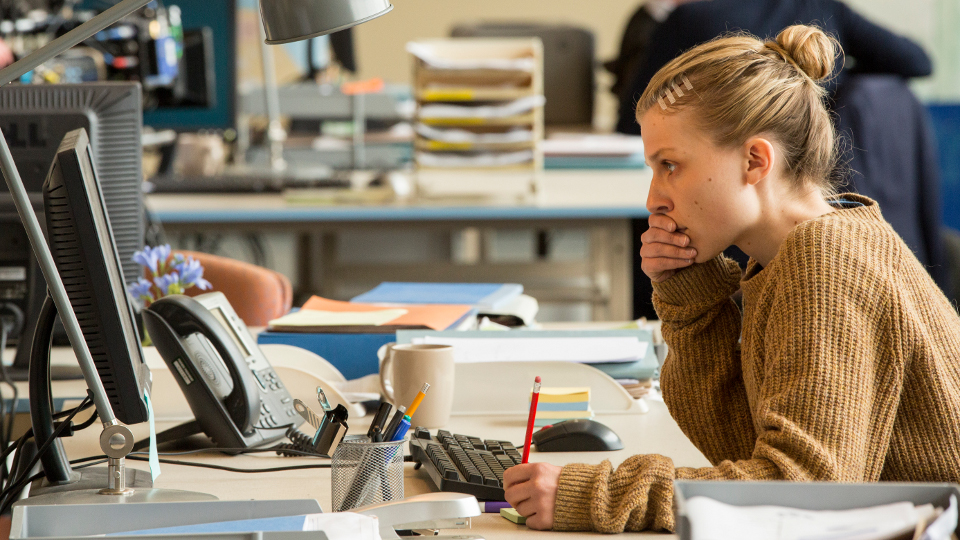 On the latest episode of The Tunnel: Sabotage, the terrorist group led by Robert Fournier (Johan Heldenbergh) dealt with the capture of Rosa (Hannah John-Kamen) and planned their next attack.

Following Rosa’s capture last episode Karl (Stephen Dillane) and Elise (Clémence Poésy) began to interrogate her in an effort to get some answers and track down Robert Fournier. Unfortunately for them she wasn’t prepared to be co-operative with the detectives.

Karl tried to guilt her into talking without success by showing her photographs of some of the terrorist groups victims. Finally Elise managed to get a hint of what was planned next by talking about her mother which upset her.

She said that her group were planning a mass shooting at Lille University where Sonny Persaud (Clarke Peters), Rosa’s father, would be giving a lecture. The police evacuated the University immediately before the terrorists could strike.

Due to the huge police presence the terrorists abandoned their plans and instead mounted a breakout operation to free Rosa from Calais Police Station. They knew there would be a greatly reduced police presence at the station where she was being held due to the University evacuation.

Two terrorist gunmen walk into the police station, kill a cop and appear to take Garrido (Eric Savin) hostage. It was revealed last episode that Garrido knew the terrorists and he was actually working with them. He took them to where Rosa was being held but things weren’t as straightforward as they were expecting. A fellow officer heard the gunshots and was holding Rosa at gunpoint.

Meanwhile Lieutenant Louise Renard (Juliette Navis) climbed up into the roof space and crossed the building to get to a handgun. As the terrorists attempted to free Rosa, Julie (Fanny Leurent) attempted to stop them but was shot before she could get a shot off.

Julie managed to drag herself away bleeding but the terrorists sent Garrido after her to finish her off. Feeling guilty he instead shot a bullet into the wall next to her and left her bleeding. She used a soft toy rabbit that Karl had bought for her baby to reduce the bleeding.

As one of the terrorists was going to execute some of the hostages he was shot by Renard. She then took them to safety.

The French police stormed the building and evacuated everyone they could. Karl and Elise rushed to Julie who managed to mutter ‘Garrido’ but was unable to explain his role before she passed out.

Rosa and Thibaut (Nicolas Wanczycki) barracaded themselves in the building with Garrido and a couple of hostages. Knowing they probably wouldn’t be able to escape or get out alive, Rosa spoke to Robert who urged them to drag things out as long as they could.

When the police contacted the terrorists, Rosa said she would swap the hostages in exchange for Karl and Elise. Both Karl and Elise agreed to go in and Elise was fitted with a camera.

The terrorists went back on their word and only freed Garrido. So Elise went in alone leaving Karl outside. Inside Elise tried to talk to the terrorists but they weren’t interested in listening. They found the camera and the police stormed the building when Rosa struck Elise. Thibaut was killed but Rosa was still alive despite being shot.

Elsewhere in the episode Karl and Laura had a new alarm system installed at home. The text Laura received last episode scared both of them so they wanted to ensure the house was more secure and that they could detect any intruders.

BB (William Ash) looked into the apparent suicide of Olena (Tanya Cubric). His search led him to Vanessa Hamilton (Emilia Fox) and a conversation with Karl made him suspicious of Olena’s death.

At the end of the episode Garrido went to the hospital where Julie was on life support. It looked like he might be going to kill her as she knew his secret. Instead he left a letter and committed suicide by shooting himself in the head next to her.

On the next episode of The Tunnel: Sabotage, an unexpected revelation threatens to turn Karl’s life upside-down. Meanwhile, Eryka reaches out to Elise and Rosa offers the team a cryptic clue.