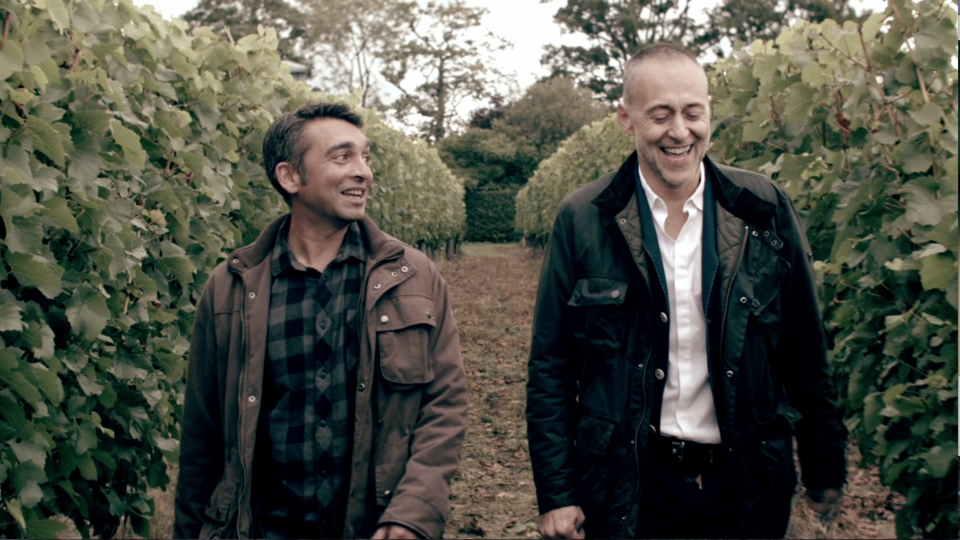 Michel Roux Jr has launched the latest chapter in the online film series The Craftsmen’s Dinner.

The next film sees Michel Roux Jr meet Simon Roberts, Winemaker and Production Manager of Ridgeview Winery, to discover the craft that goes into making one of the UK’s best bubblies.

The YouTube film series sees the two Michelin starred chef – naturally a master of his own trade – set out to unveil the true meaning of craftsmanship by meeting and discussing the talents and secret skills of six equally gifted people; including one of the only knife makers left in Britain, a music-loving salmon smoker, an organic farmer, a potter and a sparkling wine producer.

The series culminates with Michel creating the mouthwatering ‘Craftsmen’s Dinner’ for each of the individuals, using contributions from each artist; including salmon for the guests to enjoy, and beautiful hand crafted plates to serve it on. The first instalment of the series will launch at https://www.youtube.com/TheCraftsmensDinner

Michel Roux Jr commented: “I have tremendous respect for people who dedicate the years required to mastering and perfecting their trade, so it was a fantastic experience to work with The Balvenie on this project, and to meet such talented individuals.”

Ridgeview was founded in 1994 by Mike and Chris Roberts and is dedicated to creating world class sparkling wines in the South Downs of England. Their vineyards specialise in growing classic grape varieties to make the highest quality bottle fermented sparkling wines. The world class status of their wines is reflected by the number of national & international medals and trophies they have received since the release of their first wines from the 1996 vintage.

More films will be released at www.youtube.com/TheCraftsmensDinner on the following dates:

Check out the previous short films below:

In this article:Balvenie, Michel Roux Jr, The Craftsman's Dinner