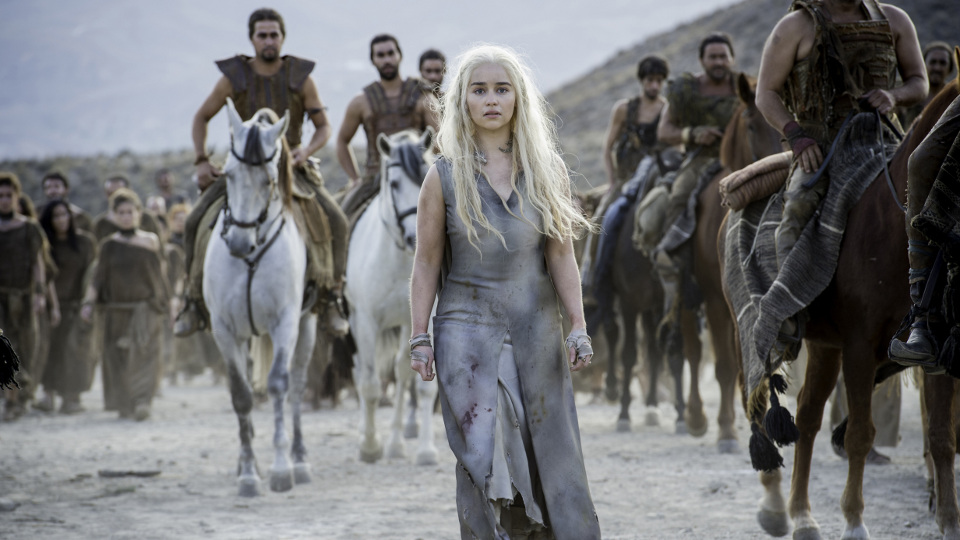 Game of Thrones season 6 continued with Home (read our recap) which finally put an end to wondering if Jon Snow was really dead.

If you’re not up to date on the Game of Thrones TV show and like to avoid spoilers (you have been warned) we suggest you don’t read any further. Below is information we’ve taken from the episode 3 preview trailer as well as plenty of speculation about what we think might happen.

The third episode is written by showrunners David Benioff & D. B. Weiss with Daniel Sackheim in the Game of Thrones director’s chair for the first time. The episode is titled Oathbreaker which we think could be a reference to Jaime Lannister’s nickname or maybe Brienne due to her sword being called Oathkeeper. The synopsis for the episode is:

Daenerys (Emilia Clarke) meets her future. Bran meets the past. Tommen confronts the High Sparrow (Jonathan Pryce). Arya (Maisie Williams) trains to be No One. Varys (Conleth Hill) finds an answer. Ramsay gets a gift.

Watch the official preview trailer from HBO for episode 3 below:

The trailer opens up with a brief shot from behind Jon Snow as he sits up for the first time since his resurrection by Melisandre.

This is followed by a shot of a bunch of shocked looking Wildlings with Tormund Giantsbane walking toward the camera. Presumably they’re all looking at the newly resurrected Jon Snow. Tormund is heard to say ‘They think you some kind of God’.

Next up is Arya, presumably back at the House of Black and White. She’s engaging in more combat with the Waif. It’s hard to tell if she has her sight back but she’s holding her own in the combat. Jaqen H’ghar is heard to say ‘If a girl is truly no-one, she has nothing to fear’.

The next scene we see people arriving at Winterfell on horseback. Ramsay Bolton is heard saying ‘Why have you come to Winterfell’ and an unknown man says that he has brought him a gift. Knowing Ramsay we’re not expecting it to be anything pleasant.

Next is a shot of Daenerys walking with the Dothraki and arriving at what we’ll guess is Vaes Dothrak. At the same time Cersei is heard saying ‘If someone is planning on making our losses their gains, I want to hear it’. This is followed by a quick shot of the Mountain who must surely be going on a rampage against the Sparrows soon?

The final scene shows Bran and the Three-Eyed Raven viewing another vision of the past. It looks like it’s the rumoured Tower of Joy scene with a young Ned Stark fighting against some Targaryen guards. His younger sister Lyanna was shown in episode two. She was betrothed to Robert Baratheon but was kidnapped by Rhaegar Targaryen. The rumour is that she had a son with Rhaegar and he was actually brought up by Ned. The boy is rumoured to be Jon Snow which if true would make him not a bastard but Jon Stark.

With the rumours surrounding it, showing the Tower of Joy scene now is certainly timed nicely to fit with Jon Snow’s resurrection.