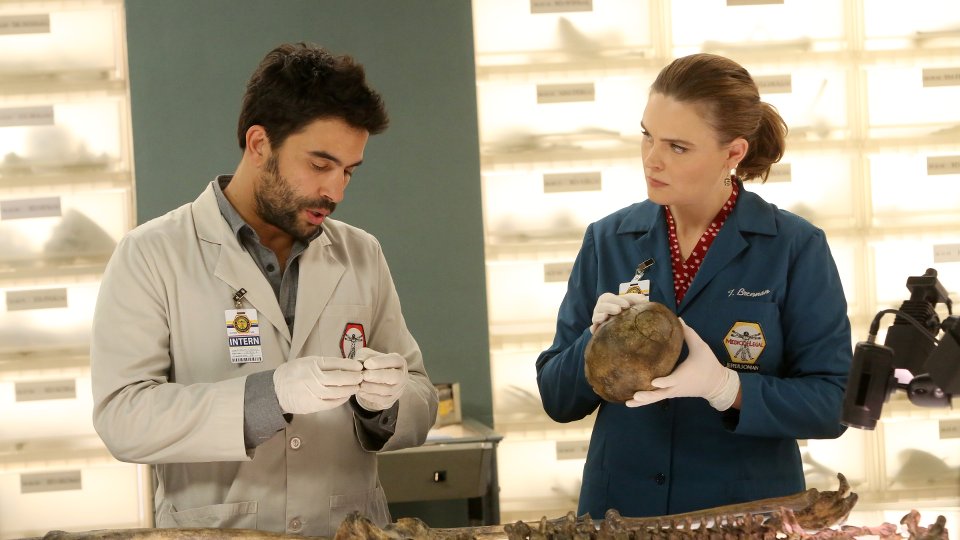 Bones returned to UK screens following its brief break and the action had moved on 8 weeks.

Hodgins (TJ Thyne) struggled with being confined to a wheelchair following the explosion so he attempted to return to work. Cam (Tamara Taylor) decided to send him home to let him concentrate on his recovery but changed her mind after realising it was her own guilt about letting him work after the explosion that was clouding her judgement.

Angela (Michaela Conlin) was worried about Hodgins returning to work too fast and suspected something was amiss when he told her that the doctor told him things were fine with his recovery. Hodgins had actually been told he would probably never walk again.

Meanwhile Brennan (Emily Deschanel) and Booth (David Boreanaz) investigated the death of a public defender who had multiple prior clients with motives to kill her.

The next episode of the season is The Murder of the Meninist. Brennan and the gang investigate the murder of a men’s rights activist.