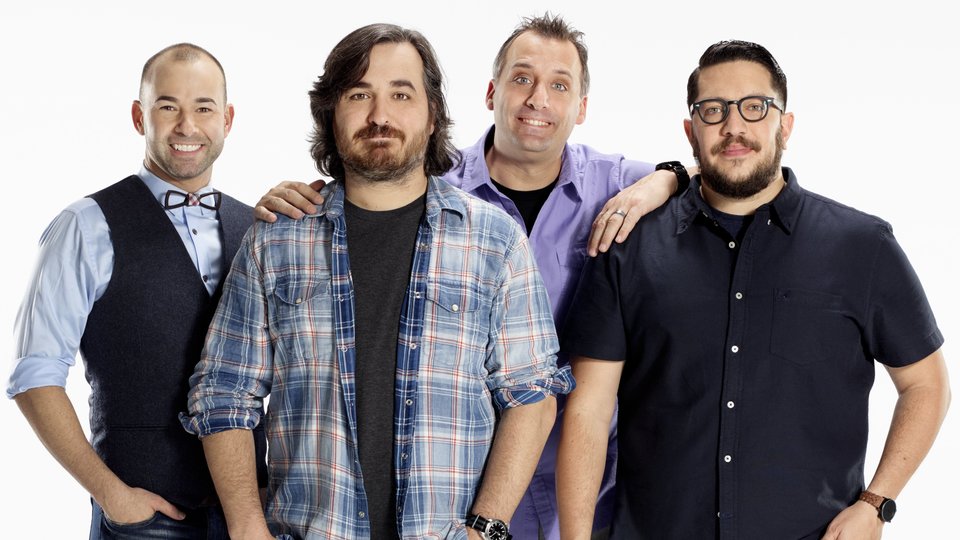 The Impractical Jokers are heading back to the UK for an extra London tour date on January 15th 2017 at The O2!

Tickets go on presale Wednesday 13th April at 10am via TheTenderloins.com/tour using the password: SANTIAGO.

Tickets are also available through general sale on Saturday at 10am in the UK… but you’ll want to get them ASAP!

The Jokers will play to the SSE Hydro in Glasgow on 11th Jan, the Manchester Arena on 12th Jan, The Barclaycard Arena in Birmingham on 13th Jan and will end their tour in London at the O2 on 14th-15th Jan.

After their recent whirlwind UK tour, which saw sold-out shows in both Manchester and London, their new show – The ‘Santiago Sent Us’ tour – debuts in June 2016 for the Impractical Jokers in the USA, seeing them play 11 dates throughout June and July.

Impractical Jokers is the number one comedy show on television, with swarms of dedicated fans across the world, all tuning in to see what wonderful and wacky challenges the friendly foursome will undertake next.

Comedy Central is the exclusive UK home of Impractical Jokers and are still airing Season 8 (US Season 4) with new episodes on Mondays at 10pm.

Check out our full, hilarious interview with the Impractical Jokers