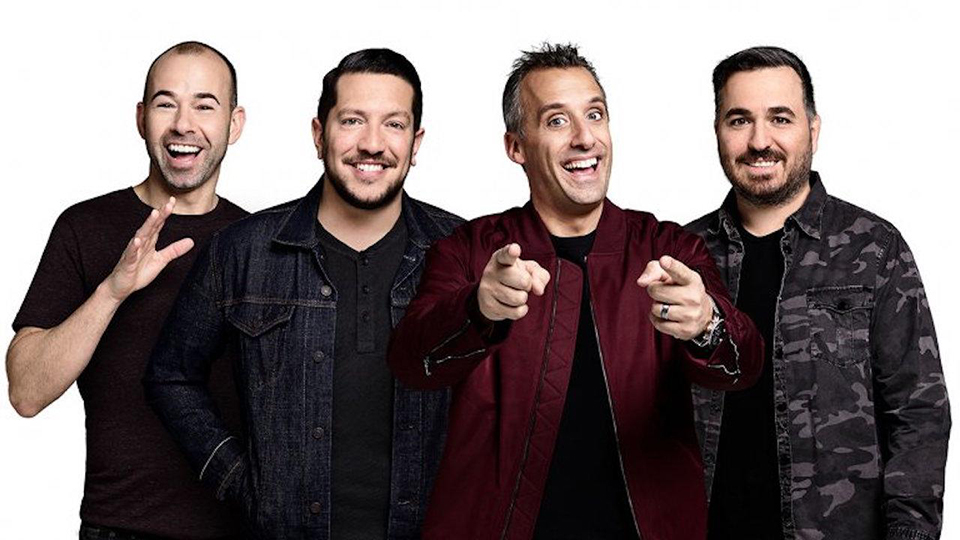 truTV’s and Comedy Central’s Impractical Jokers are heading to the UK in October for The Cranjis McBasketball World Comedy Tour.

The UK tour arrives in Birmingham on 11th October and takes in dates in Newcastle, Cardiff, Bournemouth, Glasgow, Manchester and London. The full list of dates is:

Tickets for Impractical Jokers go on-sale to the general public on Friday 8th February 2019 at 10am at http://www.livenation.co.uk.

The Tenderloins recently finished shooting their Impractical Jokers Movie directed by Chris Henchy and produced by Funny or Die. This month they will be setting sail with Sixthman on their 3rd annual SOLD-OUT Impractical Jokers Cruise from Tampa to the Bahamas.

Later this year the foursome will star in TBS’ The Misery Index game show with Jameela Jamil (from NBC’s The Good Place) and Season 8 of Impractical Jokers will air on truTV in the US.

Advertisement. Scroll to continue reading.
In this article:Impractical Jokers