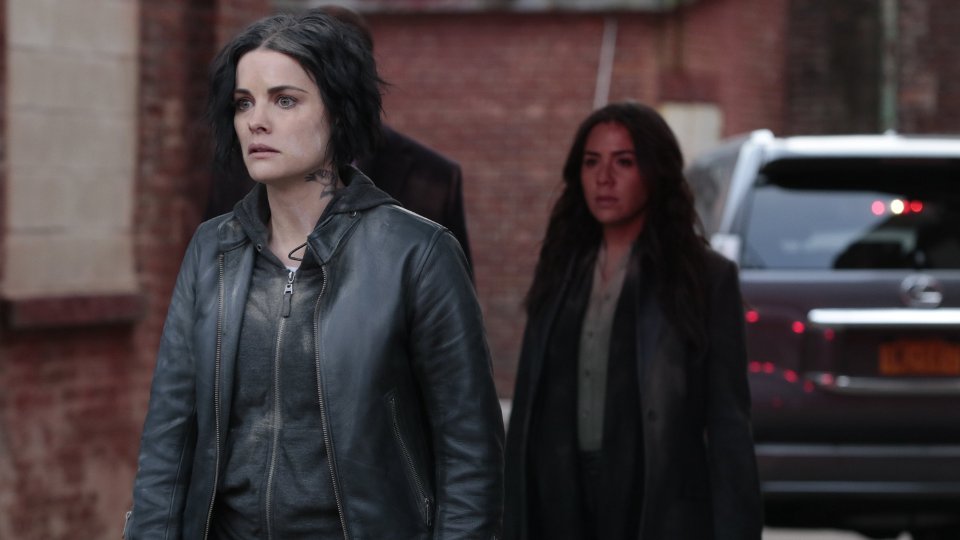 On the latest episode of Blindspot, Jane (Jaimie Alexander) decided to call in sick to think about her current situation. Mayfair (Marianne Jean-Baptiste) agreed it was probably a good idea.

The previous episode Jane refused to listen to Oscar (François Arnaud) when he said he had a time sensitive mission linked to one of her tattoo’s. This episode, while Jane was off sick, the FBI received an anonymous email and Patterson (Ashley Johnson) was quickly able to link it to two of Jane’s tattoo’s.

Decoding the clues led the team to a location where the police were about to perform a raid and Weller (Sullivan Stapleton) and his team accidentally ruined their cover. After the shootout he realised the real reason the clues led to that location and this uncovered a death row inmate and a human trafficking ring.

Meanwhile Jane came into work for a scheduled session with her therapist. During the session she expressed her desire to leave the FBI but he refused to listen saying she was trying to run from her problems.

With little time to stop the execution of an innocent man Zapata (Audrey Esparza) ended up going undercover to infiltrate the ring. Weller and Reade (Rob Brown) tailed her using tracking devices but these were taken from her and they ended up losing her.

Eventually they tracked her down just as her cover was blown. Her kidnappers tied her to a post and set the building on fire. Zapata managed to escape and helped evacuate the woman held captive before the building burned down. She found herself trapped inside but Weller and Reade were able to get her out in time.

Elsewhere in the episode it was shown that Weller and his ex-girlfriend Allison (Trieste Kelly Dunn) had spent the night together. After his shift Weller went after her for another date.

Ad the end of the episode Reade was knocked out by a unknown masked man. Jane also went for her nightly meeting with Oscar where she told him she would no longer work with him as she didn’t trust him. He warned her that doing so would put Weller’s life in danger.

The next episode of the season is Older Cutthroat Canyon. What begins as an art gallery heist turns into a direct threat to the team, causing Jane to go into hiding.