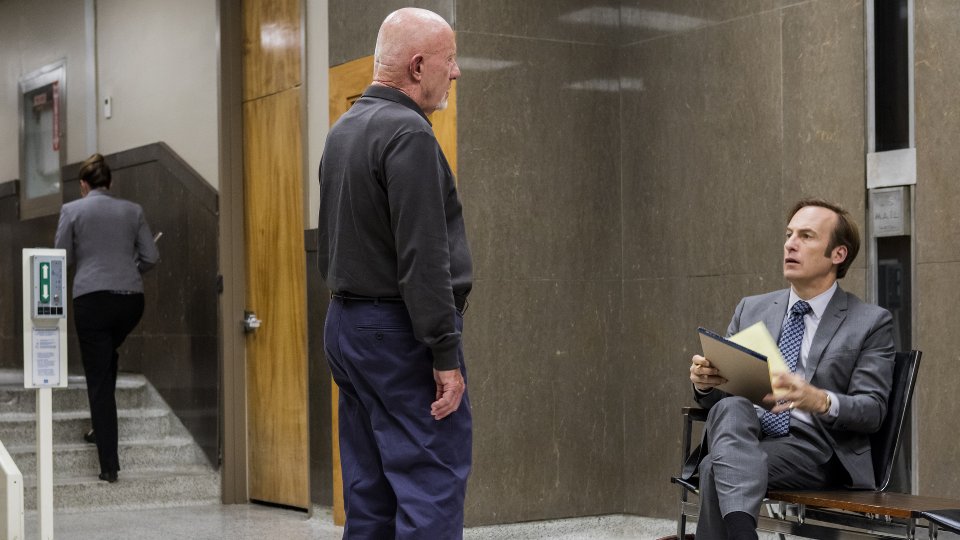 After getting help from Chuck (Michael McKean) to get her old position back, Kim was disappointed when Howard (Patrick Fabian) treated her coldly. Howard also decided to give Kim all of the unwinnable cases to demean her but that backfired when Rich Schweikart (Dennis Boutsikaris) of Schweikart & Cokely offered her a job at his firm.

Unable to decide what to do, Kim called Jimmy (Bob Odenkirk) and the two ran another con, fooling an investor into giving them $10,000. Meanwhile Jimmy struggled with life in a normal job and returned to his old office in order to get some sleep.

Elsewhere Mike (Jonathan Banks) was forced to agree to Hector’s (Mark Margolis) deal after his grand-daughter’s life was threatened.

The next episode of the season is Inflatable. Mike’s growing frustration shows when his hand is forced. With Jimmy’s help, he works to keeps the peace. Jimmy boldly forges a new path forward.