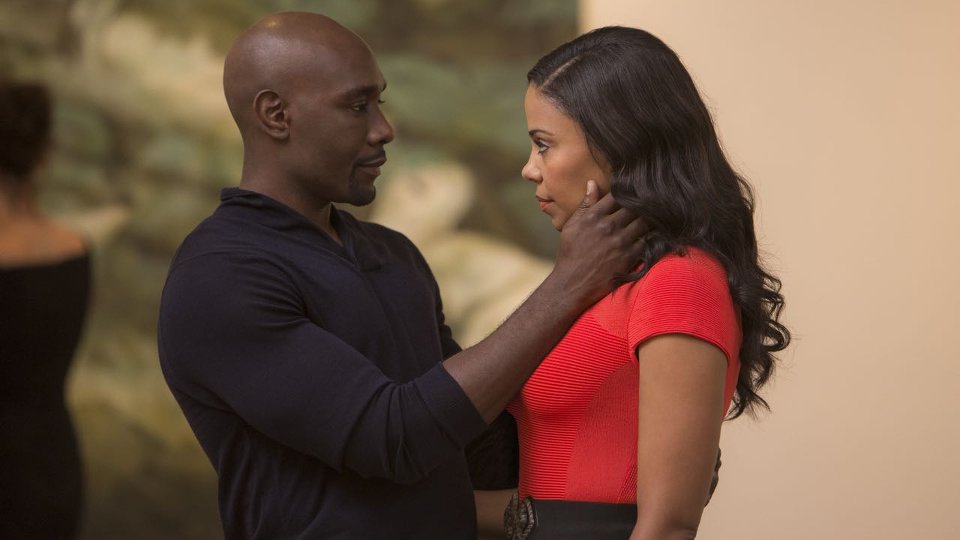 Leah Vaughn (Sanaa Lathan) decides to break up with her long-time boyfriend Dave (Morris Chestnut) when he refuses to commit to their relationship by taking things to the next step and starting a family. Following their break up, Leah starts seeing charming stranger Carter (Michael Ealy), a man she had an exchange with prior to ending her relationship, and he seems to be the perfect guy. Things slowly start to change when Leah sees a violent side to Carter and after breaking up with him, he refuses to let her go.

The Perfect Guy was a success when it was released in the US bringing in an enviable $60 million at the box office against its modest $12 million budget. Directed by David M. Rosenthal (A Single Shot) with a screenplay by Tyger Williams, who created the story with Alan B. McElroy, The Perfect Guy aims to be a sexy thriller. For the most part it succeeds but there’s no denying that the plot for the movie has been ripped out of every revenge thriller movie ever made. Owing a lot to classics such as Fatal Attraction, The Perfect Guy doesn’t really offer anything new and it follows a predictable, cliché-ridden story without any real twists.

Despite its derivative nature, and some truly appalling (and wholly unbelievable) police advice that Leah receives, The Perfect Guy is still an enjoyable thriller. Sure you know how it’s going to end before it even starts but there are some strong performances to admire. The always-watchable Sanaa Lathan (Nip/Tuck) gives a solid performance as the central character and she’s far better than the material she’s given to work with. Michael Ealy, who plays the nice guy turned maniac Carter, similarly gives a solid performance despite not being given a lot of layers to work with.

Extras on the disc are limited to a making of featurette with interviews from the cast and crew of the movie.

The Perfect Guy is by no means a terrible movie. It’s one of those guilty pleasures that you can watch with friends while enjoying a bottle of wine. You could predict the storyline from the beginning but you know what, sometimes turning your brain off during a movie is a good thing. With strong performances from the cast, The Perfect Guy rises above mediocre but it’s not going to be a classic that people will remember in years to come.