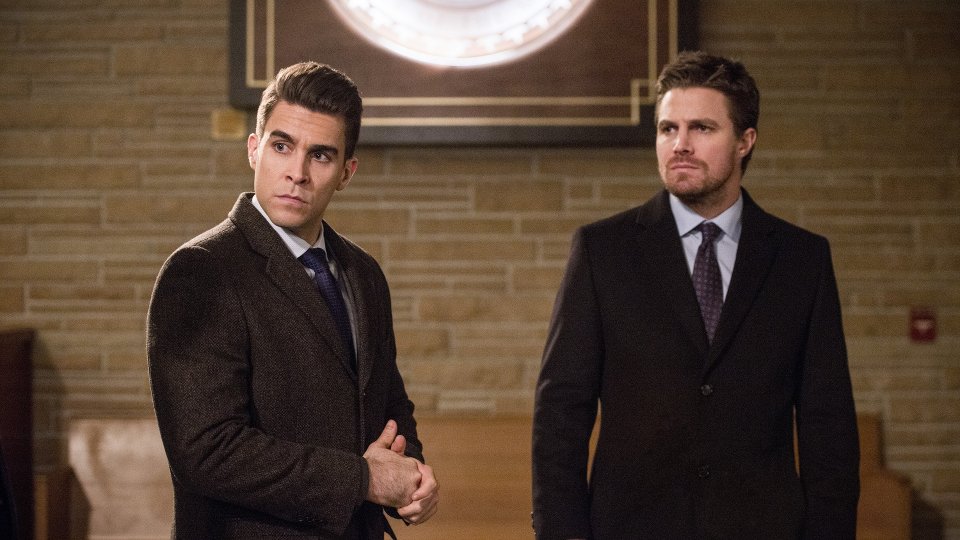 The three women teamed up to steal money left by Tobias Church (Chad Coleman) and were intercepted by Team Arrow. Mercenaries ambushed the scene but Team Arrow managed to get out unscathed and the women were arrested.

Meanwhile Susan (Carly Pope) confronted Oliver (Stephen Amell) with the evidence that she had proving he was the Green Arrow. He denied it but Thea (Willa Holland) got nervous and discredited Susan by getting Felicity (Emily Bett Rickards) to hack into her computer and load files on there framing her as a plagiarist.

Elsewhere Oliver met with Prometheus’ alleged mother but she refused to help him, Oliver was forced to reveal the truth about Malone’s (Tyler Ritter) death to Pike (Adrian Holmes) and Quentin (Paul Blackthorne) gave Dinah (Juliana Harkavy) his blessing to take the Black Canary’s identity.

Oliver’s role in the cover-up of Malone’s death was leaked to the media causing a furore.

The next episode of the season is Fighting Fire with Fire. When Vigilante strikes, Oliver faces his biggest challenge yet as mayor. Meanwhile, Felicity continues down her dark path with Helix.

Tune in to Sky 1 HD at 9pm on Thursday to see the episode. Preview it with our gallery below: