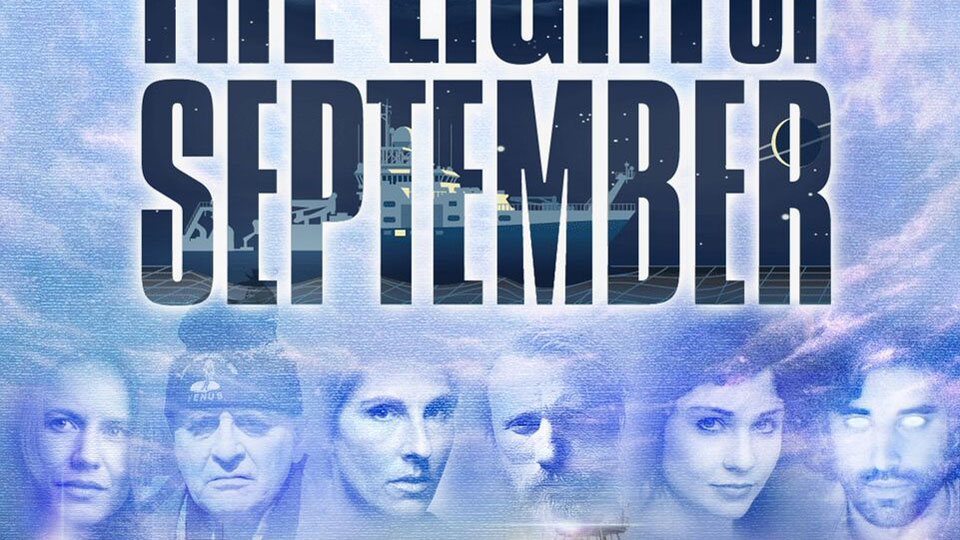 If you enjoyed The Minister of Chance then you’ll likely love The Light of September too, since it’s from the same makers and has bagged a few big-name stars from the earlier series.

As with its predecessor, The Light of September is an audio movie – it’s like a radio drama but with the sound effects, storytelling and concept of a big screen adventure. It’s also entirely crowd-funded, with plenty of perks on offer (check the front page for details) for contributors.

The story so far mostly takes place on a research vessel, the Venus, as May Sutherland (Tuppence Middleton) boards in Norway on the eve of scientists achieving faster-than-light travel for the first time. However, as can be expected, meddling about with the forces or nature unleashes weird phenomena that the crew of the Venus start to experience. In a nod to Schrödinger’s famously indecisive alive/dead cat, the chief scientist (Karim Saleh) appears to be suffering the same fate, as the crew head into deeper and deeper waters…

As you would expect from the pen of Dan Freeman, the writing is instantly engaging and he concisely sets up an intriguing world in which his story will evolve. The characterisations are nuanced, so each actor can ensure that they are distinctive.

This is complex storytelling involving high concept ideas – it pays to listen closely to the dialogue and keep an open mind. In fact, the best way to lose yourself in the world of the story is to listen through headphones with your eyes closed, and pick up on the subtleties of the sound effects. Let your imagination do the rest. You’ll be carried along on an exciting and unpredictable journey.

Some of the star names attracted back to work with the team again are Tamsin Greig (Green Wing), who had a cameo role in The Minister of Chance, and now appears as Captain Dalton of the Venus; Jed Brophy (The Hobbit) who plays the Sub Pilot and Sylvester McCoy (Doctor Who, The Hobbit) who exchanges his slithery persona of the earlier project for a foul-mouthed engineer! Needless to say, McCoy’s acerbic, ranting Allan provides some necessary comic relief, bringing laugh-out-loud moments to Freeman’s ideas-rich script, and his distinctive voice is, as always, a pleasure to hear.

The premise so far is intriguing, and there are many directions the story could take that we can only guess at. What we have been promised is more big name guest actors joining the cast in forthcoming episodes. The first three parts are around ten minutes each in duration, and the fourth will be released imminently. We can’t wait to see what’s in store for the crew of the Venus.

To jump on board and see how you can get involved in the funding of the project, and to listen to the adventure so far, head over to Radio Static. You can also keep up with all the latest news on Twitter by following @thelightofsept or like on Facebook.