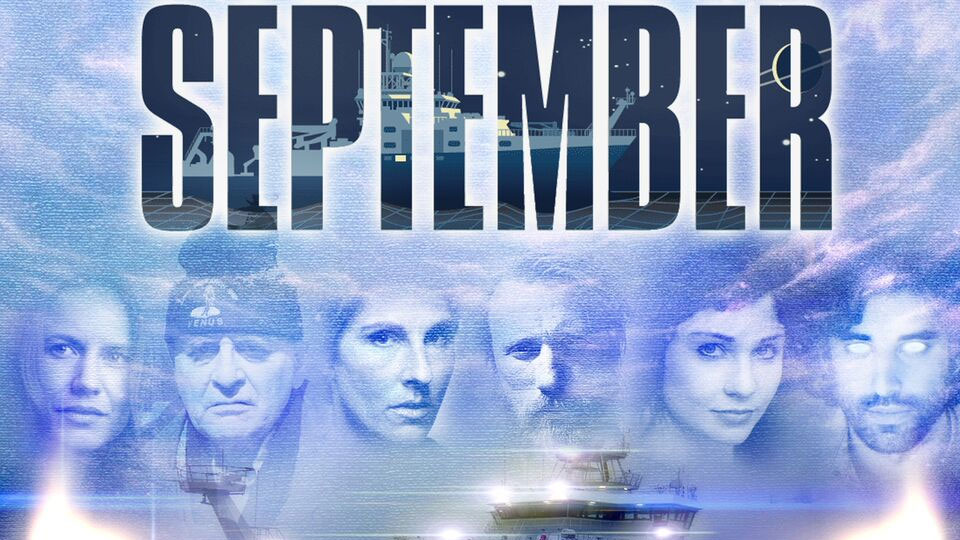 “Nothing can travel faster than light” Albert Einstein, 1918 A.D.

The Light of September is a brand new audio drama, but not as we know it: this is an audio movie – a drama with award-winning writing; an A-list cast; full Foley sound effects and a spectacular musical soundtrack! It’s a feature film without the cameras, released in ten x 10-minute weekly episodes. It is a free podcast, crowd-funded by its audience: as each episode is released, a one-week campaign will begin to raise £2,000 to fund the next episode. If that target is reached, the episode will be released and a new one-week campaign will begin for a total of ten weeks.

In case you’re wondering what it’s all about then we’ve been given some details about the plot. Albert Einstein said that nothing can travel faster than the speed of light. Yet in The Light of September, it’s the near future, and a probe does just that. On Earth, the crew of the oceanographic research vessel Venus begin to experience the results: a passing brigantine spews murder from its hold; strange creatures roam the seas, and the crew are shocked to learn that their chief scientist is dead: none more so than the Chief Scientist himself. Only a passing American ship can help, though it may not be from America…

This brand-new, all-star podcast needs your help! No studio, national broadcaster, government or any other criminal enterprise finances this production. It is entirely crowdfunded by its audience. In return for donations, fans can choose from an imaginative and exciting range of rewards including: naming a character; speaking a line; visiting the studio; t-shirts, hats, keyrings and badges; sponsoring scripts and even having their name read out in the credits by the actors. To find out more and check out the perks please visit www.radiostatic.co.uk. The launch date is 4th February!