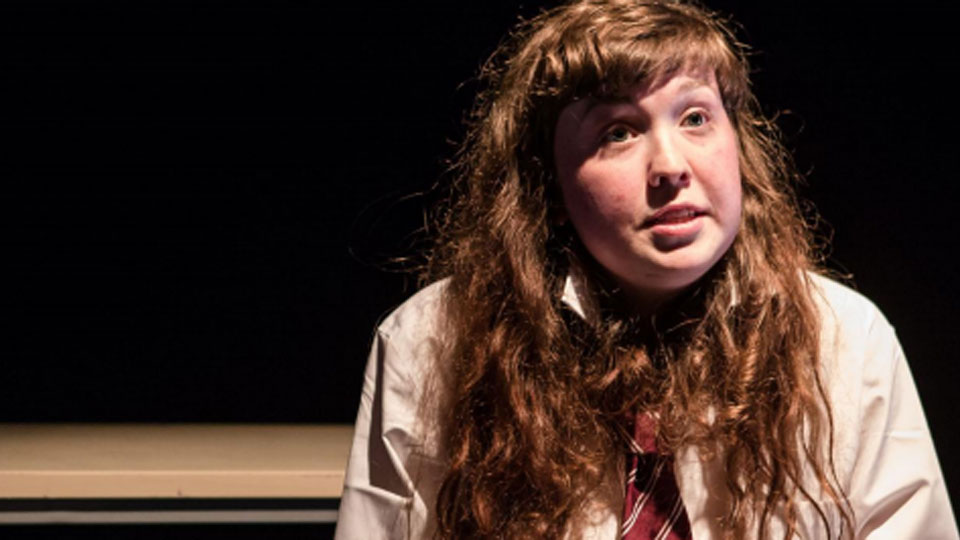 You can catch Brute at the Soho Theatre from Tuesday 15th, Thursday 17th and Saturday 19th March at 7pm.

After a successful run at the Edinburgh Fringe 2015, Izzy Tennyson’s Brute returns to the stage. Brute (winner of the 2015 IdeasTap Underbelly Award) is an exciting piece of new writing based on the true story of a rather twisted, horrible schoolgirl. Tennyson’s truthful writing is fearless, laced with a deliciously scabrous humour.

Being 14 is an awful age. You’re not a very nice person at 14. No one knows this better than new girl Poppy who has just started at an all-girls’ state school. There are rules with no logic, sadistic jokes that aren’t actually funny and the most sinister games played out of boredom.

And, you’d better not be fat or clever or you’re fucked.

Set in a girls’ school in a provincial English town far away from cosmopolitan and cultural influences, Brute explores memories of the protagonist’s intensely passionate female friendships as they escalate into violence.

Written as a dynamic monologue, the piece is based on girls from Tennyson’s peer group. The themes in Brute explore the economic climate, bullying and female violence along with the complexity of adolescent female friendships. Brute also touches on the sensitive topics of adolescent hysteria and girls’ relationships with authority, especially how female ‘problem cases’ are handled at school.

Brute is part of the Soho Rising Season this Spring. Tennyson, part of Soho Theatre’s ‘Soho Young Company’ developed Brute during the Writers’ Lab Course. Soho Education Producer Jules Haworth has worked as Dramaturg on Brute from its inception.

See www.sohotheatre.com for more details or to book.