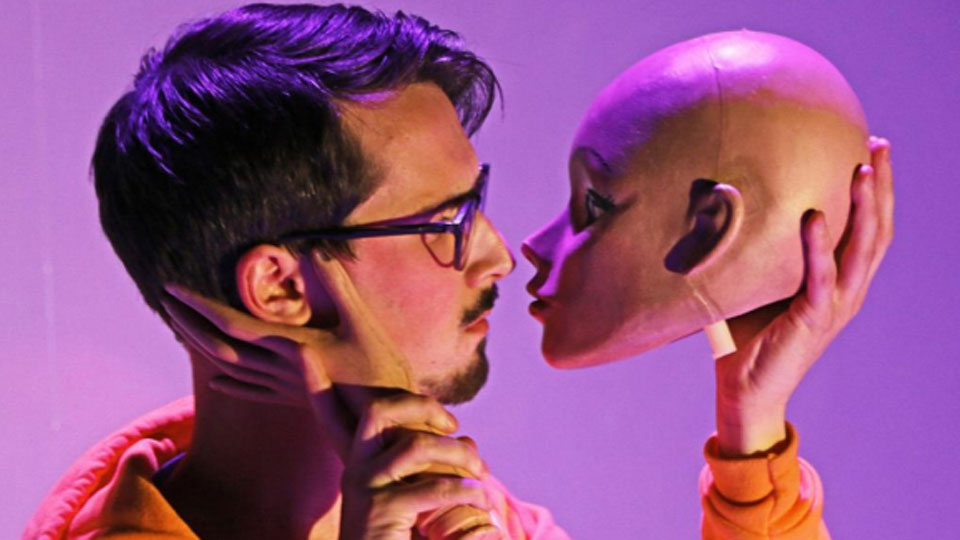 From Wednesday 2nd March – Sunday 6th March you can catch All Your Wants and Needs Fulfilled as part of the Vault Festival.

After acclaimed seasons in New York and New Zealand, award-winning theatre company The PlayGround Collective come to the UK for the very first time with All Your Wants and Needs Fulfilled Forever. This existential comedy dissects the stories we tell ourselves as we try to create meaning out of chaos.

Simon successfully distracts himself from the recent death of his father with sex, video games and his three pet rats until a fracture in the fourth wall reveals his world might not be all that it seems to be.

Action, intrigue, love and danger – all will play out in the right order. He will suffer. He will overcome. The Solution will be revealed… Playful with a retro video-game aesthetic, the story speaks, in a theatrically innovative way, to people’s life experiences. This poetic semi-utobiographical reflection on grief subverts playwriting as we know it.

The PlayGround Collective is a New Zealand theatre company dedicated to developing innovative and imaginative theatre based on good storytelling. Since forming in 2007, they have produced nine shows which have won nine Chapman Tripp Awards and five Auckland Theatre Awards (including the Hackman Cup for Most Original Production and the Judge’s Award for Overall Excellence).

Auckland Theatre Awards commented, “All Your Wants and Needs has great claim to fame as a heartfelt, emotionally charged piece of theatre… produced with a fearless commitment to taking risks, both theatrical and thematic, it did nothing less than reinvent the possibilities of theatre.”

For more details and to book, see www.vaultfestival.com.

In this article:All Your Wants and Needs Fulfilled Forever, Vault Festival