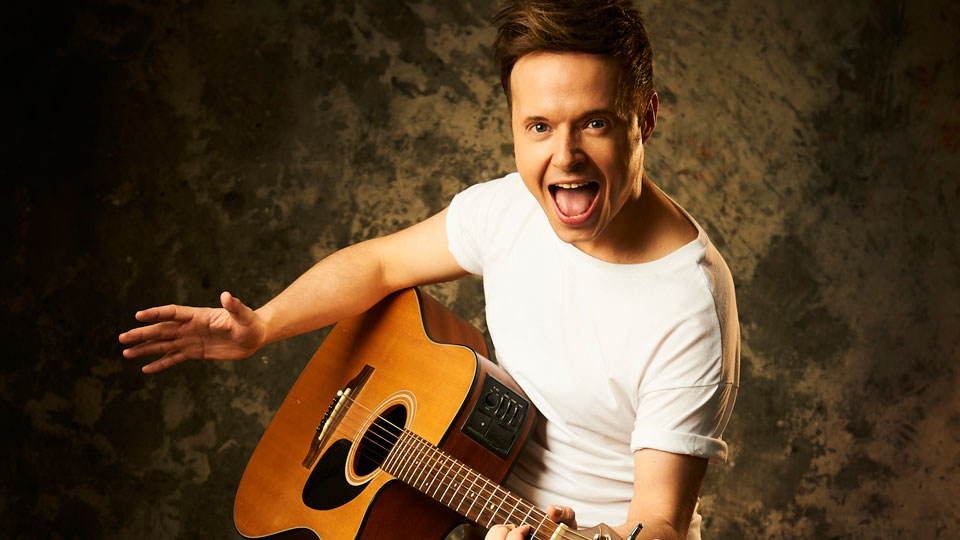 911 and The Big Reunion star Lee Brennan will make his musical theatre debut when he joins the cast of Footloose: The Musical, playing the role of Willard from Tuesday 19th April to Saturday 18th June 2016. Lee will join the UK tour for dates in Oxford, Weston Super Mare, Wimbledon, Liverpool, Belfast, Derry, Torquay and Glasgow.

Lee Brennan is widely recognised as one third of multi-million selling pop group 911. One of the biggest pop acts of the 90’s, 911 were one of only five acts in the decade to achieve ten consecutive UK Top Ten Hit Singles, selling over 10 million records around the world and touring the UK four times. Lee returned to 911 in 2013, when the band reformed for ITV’s smash hit series The Big Reunion. An arena tour followed, where they played to over 200,000 fans alongside acts including Five and Blue.

Lee said: “I am unbelievably excited about joining the amazing cast of Footloose! It has always been a dream of mine to perform in a musical and I cannot wait to get started in my role as Willard. I loved the film and have seen the current stage version and it blew me away!”

As previously announced, Gareth Gates will continue in the role of Willard until 16th April, returning to the show from 20th June 2016.

Based on the 1984 screen sensation starring Kevin Bacon, Footloose: The Musical tells the story of city boy Ren, who has to move to a rural backwater in America where dancing is banned. All hell breaks out as Ren breaks loose and soon has the whole town up on its feet. Featuring classic 80s hits including Holding Out for a Hero, Almost Paradise, Let’s Hear it for the Boy and the unforgettable title track, Footloose: The Musical is set to take the world by storm once again in this brand new production, bursting with youthful spirit, dazzling dance and electrifying music.

When the film was released in 1984, it became the highest-grossing February release in US film history. The soundtrack album ended the year-long reign of Michael Jackson’s Thriller at number one and went on to top album charts all over the world, eventually selling in excess of 17 million copies.

Footloose: The Musical has music by Tom Snow and lyrics by Dean Pitchford, and is adapted for the stage by Dean Pitchford and Walter Bobbie. It is based on the original screenplay by Dean Pitchford. It is directed by Racky Plews (American Idiot, West End) with choreography by Matthew Cole, design by Sara Perks and musical supervision by Mark Crossland. It is produced by David Hutchinson and Phillip Rowntree for Sell A Door Theatre Company, Tristan Baker and Charlie Parsons for Runaway Entertainment, Jason Haigh-Ellery and Stephen McGill Productions. It is presented by arrangement with R&H Theatricals Europe.

See www.footloose-musical.com for more details about the show, the tour, and to book.

Advertisement. Scroll to continue reading.
In this article:Footloose The Musical, Lee Brennan