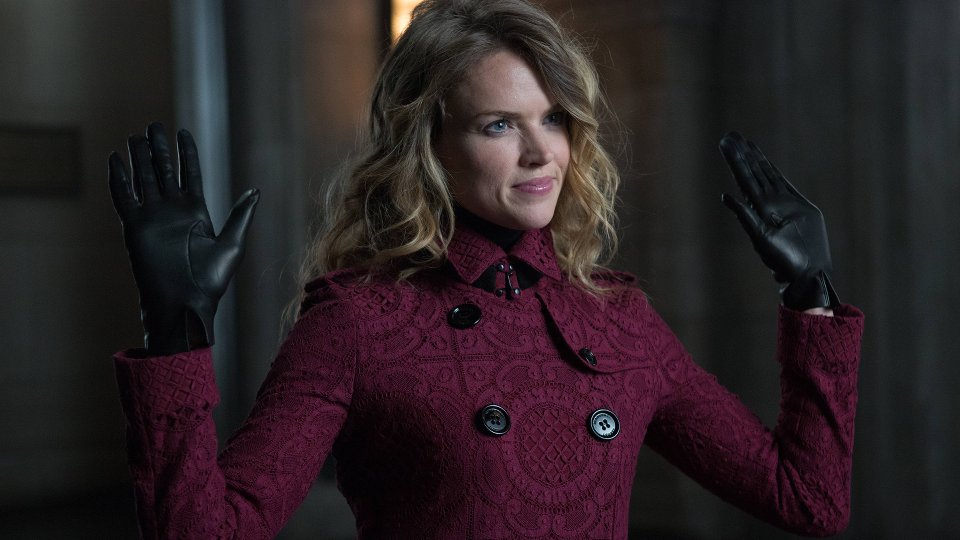 Cobblepot (Robin Lord Taylor) went on a rampage after Theo (James Frain) and Tabitha (Jessica Lucas) murdered his mother on the latest episode of Gotham.

Theo launched a counter attack on Cobblepot using his new mayoral status to get a warrant to arrest him. Gordon (Ben McKenzie) began to realise that Theo was blackmailing Cobblepot but was forced to protect him when Cobblepot and his henchmen stormed a victory celebration for Theo. After diffusing the situation, Gordon told Theo that he would expose his corruption.

Elsewhere in the episode Tabitha murdered another member of the GCPD strike force, and Nygma (Cory Michael Smith) tried to find Kristen’s (Chelsea Spack) body after his split personality started to take over.

The next episode of the season is Tonight’s the Night. Theo Galavan pits Detective Jim Gordon and his ex-girlfriend Barbara (Erin Richards) against each other.