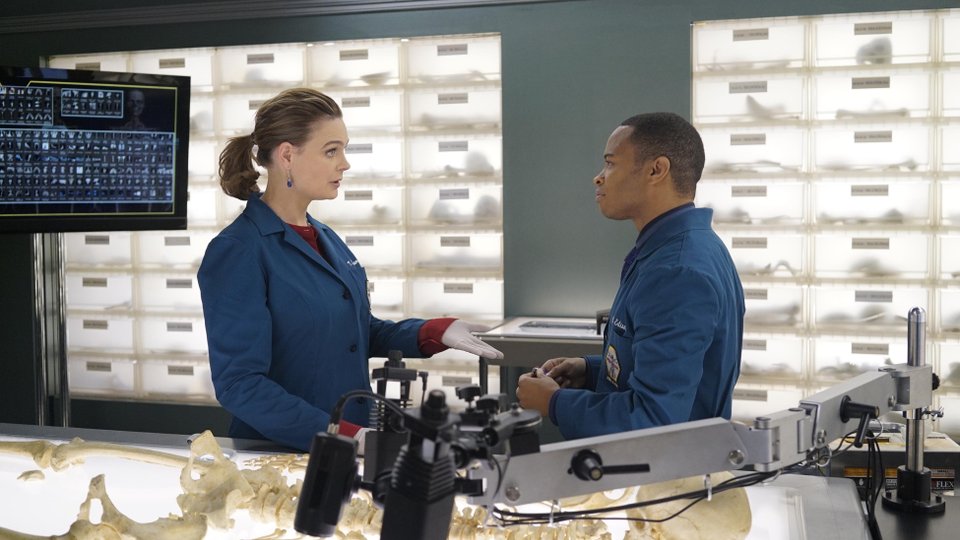 On the latest episode of Bones, Booth (David Boreanaz) and Brennan (Emily Deschanel) investigated the death of a US Senator.

Their investigation led them to the victim’s wife and the majority whip (Brenda Strong). Due to the sensitive nature of the case, the team had to try and keep their findings away from the press and it turned out that the murderer was someone who worked for the Senator that was having an affair with his wife.

Elsewhere in the episode Aubrey (John Boyd) was ordered to do a background check on Jessica (Laura Spencer) and he found some questionable things in her past. He decided it didn’t matter though and he made his move with her.

The next episode of the season is The Promise on the Palace. The team investigates a magic show when a young escapologist’s body is found in the woods.