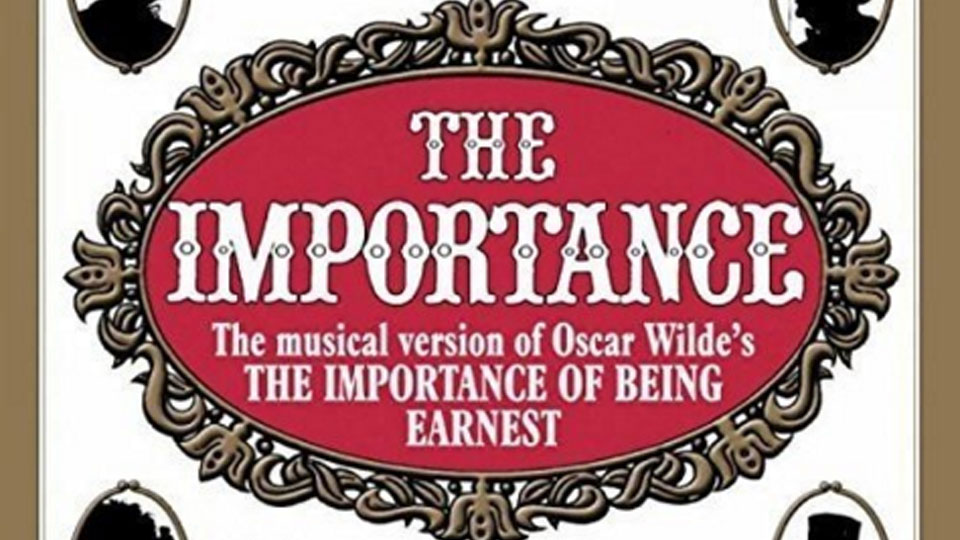 The Importance is a 1984 musical version of Oscar Wilde’s The Importance of Being Earnest. It ran at The Ambassadors Theatre, London, and later in revised form (retitled ‘Borne In A Handbag’) at the Key Theatre, Peterborough. No cast recording was set down at the time, but the musical has proved a labour of love for creator Sean O’Mahony, who, over a twenty year period from 1986-2006, oversaw the creation of this album.

The final result certainly doesn’t sound as if it’s been recorded across such a large span of time. The tracks are seamless, and the album comes together as a coherent whole. This CD release continues Stage Door’s commitment to preserving ‘lost’ British theatre scores of the past fifty years.

Whilst the catalogue of songs isn’t the most stimulating or original of scores, the musical nevertheless succeeds in capturing the effervescent feel of the original play, and the actors (wisely) don’t overplay their parts, so the humour comes through strongly.

There are several very catchy songs. Cal McCrystal, playing Algernon, has a versatile voice and creates exhilarating high notes on Bunburying. Amanda Bairstow brings a lot of gumption to the part of Cecily, and she offers the most distinctive vocals on the album. I Must Write That Down Before I Forget, Sincerely Yours and The Importance of Being Earnest are all likely to have you singing along. Nigel Williams (Jack) doesn’t have the same vocal range as the others, but he comes into his own with the welcome melodrama of Yes For A Woman He Will.

The album zips along at an impressive speed, with all the essential points of The Importance of Being Earnest covered within fifty minutes. The overall impression is that it’s an affectionate and well-conceived tribute to a classic comedy play. Whilst it doesn’t try to compete with a staging of Wilde’s play, it works instead as an alternative; but one that is perhaps overlooked because it’s outshone by the source material. There are some great rhyming couplets, though. Recommended for anyone who wishes Wilde had written a musical. He may well have enjoyed The Importance.