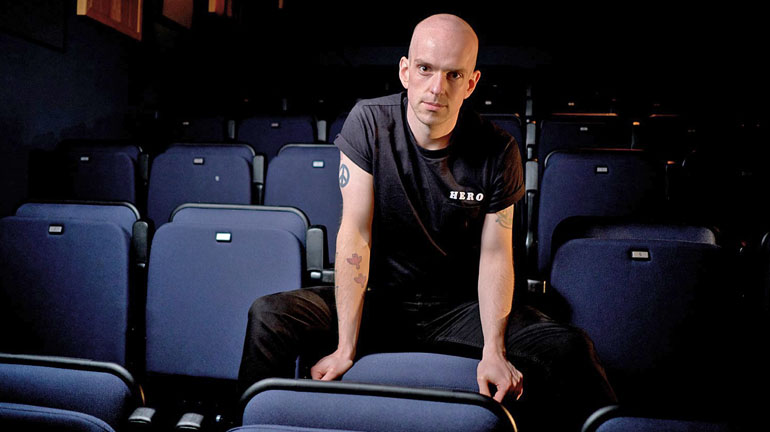 Award-winning Yorkshire poet Andrew McMillan has written his first stage play which is set to premiere at Square Chapel Arts Centre, Halifax this October. The play will also tour venues in Huddersfield, Doncaster and Barnsley.

Dorian is a re-telling of Oscar Wilde’s classic The Picture of Dorian Gray and is presented by Huddersfield’s Proper Job Theatre Company. It is the third part of their Monster Trilogy which sees classic pieces of literature transformed for the stage by renowned poets.

“I have long been fascinated by the world of theatre so it’s an honour to be approached by Proper Job for this project, to follow in the footsteps of two great poets and to debut here at the beautiful Square Chapel,” says Barnsley-born Andrew.

“Oscar Wilde’s masterpiece is the inspiration for Dorian, but my own personal experiences with eating disorders are reflected in the play.”

A tired, middle-aged man sets out to change his life and get the body of his dreams; he hires a personal trainer and signs up to a six-month transformational programme, but things start to unravel. Dorian’s body starts to change, but he can’t recognise it so becomes more addicted to the gym and less able to see the results of his work.

Exploring masculinity, body dysmorphia, class, and the gym culture the company use poetry, physical theatre, bold images and a stirring score to examine the subject.