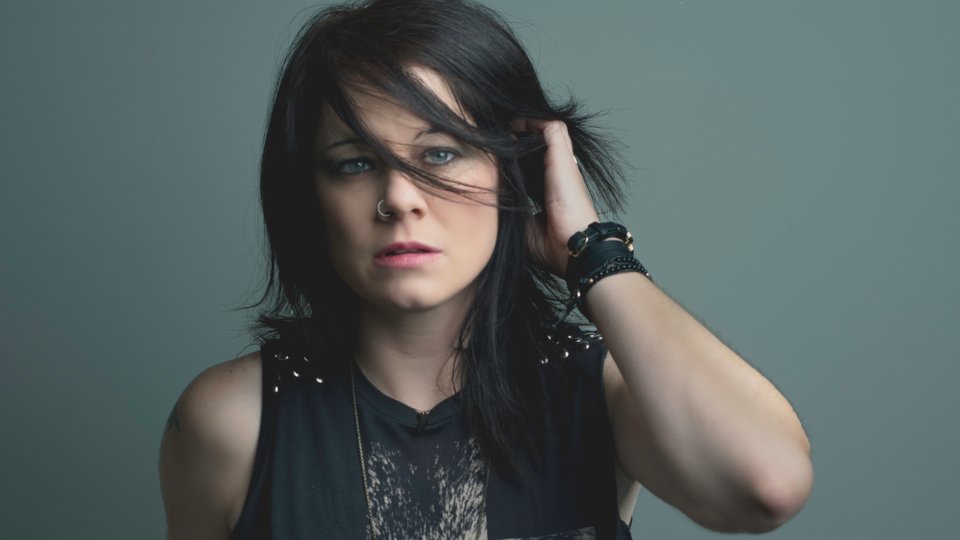 The UK is gearing up for a country music takeover when C2C: Country to Country returns for another year next month.

One artist that will be performing, and is sure to be a highlight of the weekend, is Sonia Leigh. The singer-songwriter has toured extensively and appeared alongside big names such as Jason Mraz, Zac Brown Band, Blackberry Smoke.

As well as working on her own music, Sonia has written for other artists including two songs with Zac Brown Band.

Ahead of her appearance at C2C we caught up with Sonia to find out more about what fans can expect from her performance, talk about her UK fanbase and discuss her upcoming role in ABC’s hit music drama Nashville.

Hi Sonia. How are you today?

I am great! Thank you! I am on the road headed to play in Atlanta Georgia! I am excited because I am playing two sold out shows tonight! I got my start in music in Georgia so it’s exciting to return to such a warm welcome!

You’ll soon be in the UK performing as part of the annual C2C: Country to Country festival. What can we expect from your performance?

I will be returning for my second time to C2C. I am so excited because I’ve spent most of my 2015 in the UK touring and performing. Thanks to Time Out Magazine UK for all their constant support! I LOVE my UK band that I have built. I am so lucky to play with some of UK’s finest musicians who feel like a family really. We will bring high energy to the stage and you will see us having a lot of fun! I hope to infect the audience with inspiration and show them a good time!

It really depends. I think sometimes in America crowd are more likely to move and dance and get into the music. I’ve found in the UK a lot of audiences really enjoy just observing and absorbing it that way. When I first played in UK I thought the crowd didn’t enjoy me and then afterward they lined up to buy my CDs! So I think it’s just circumstantial.

You’re going to be making a cameo in TV series Nashville this season. How did that come about and which characters will you be appearing on screen with?

I was invited to play an event in Nashville called Who Knew. It is very educational event featuring different themes each event. This particular event was a license and sync event and I was invited to play one song in front of major film and TV, executives. I landed a sync with one of the executives on the spot (that one I can’t talk about just yet but it’s exciting!) later that month I flew out to LA to record on a side project I will be releasing very soon! I went by and touched base with those same executives to say hi and play them my new project. While I was at ABC they asked me to audition for the role in Nashville and wanted to sync When We Are Alone to the show. I sent my audition in right away and I got it! I couldn’t believe it! I don’t wanna give away too much info about the show so I will leave it at that and you guys can tune in and see for yourself!

Country music is really beginning to take off here in the UK (finally). What do you think makes country one of the most popular genres in the world?

I think that it’s relatable. It’s also changed a lot over the years. Country music covers all kinds of subjects like heartbreak, good times, family, friends, death, and everyone loves drinking! A good song is a good song regardless of genre, I think the stereo type of country music has changed a lot and it’s become more relatable to people world wide.

Over the past couple of years you’ve released a few singles. Are you working on a new album right now, and if so what can your fans expect from it?

I have been working on music constantly. I am constantly growing as a writer and I’ve been stretching my legs as far a genre. I think my next release due out this spring will bring a lot of my influences and reveal a lot about my growth as an artist. I am really excited because I’ve been working on the best music I’ve ever made.

As well as your own music, you co-write with other artists too. How do you decide what songs to keep for yourself and which ones to give to other artists?

That is a very good question. Songs are like my children so when I become super attached to one I usually want to keep it for myself, however some songs I see more fitting to be delivered better by
another artist. It’s not an easy decision for sure! I write a lot of different styles so I think as far as what I release I want to keep walking the line of my progressing with what I choose to release.

There’s a lot of debate at the moment about equality in many areas of the entertainment industry. Who do you think that it’s still a fight for female artists to get the same opportunities as male artists?

2015 was year of the woman, we’ve seen a lot of females come together with the Tomato movement (look it up) and women really supporting one another instead of competing for what feels like a very small place for us on the charts. Males still tend to dominate the radio and charts but I see that changing. I still think there are some issues with the expected image of females especially in the country music industry. But with artists like Brandy Clark and Claire Dunn coming on the scene I think it’s really opened up the conversion that women can be respected as bad asses instead of just a hot little blonde. Even the hot little blondes actually have some real shit to say take for instance Brooke Eden who is playing for her first time at the C2C this year. I highly encourage people to go see her set. She’s a fierce power house and headed for a huge bright future.

Which artists are you listening to now that you’d recommend we add to our playlists?

I am still writing all the time, I am releasing a new single soon, and this year I will be releasing my side project that I’ve been working on with a select group of artists from all genres and parts of the world. I’m excited to return to the UK for Bob Harris’s Under The Apple Tree Festival. I’m also hoping to perform again this year at The London Pride.

Sonia Leigh will perform as part of C2C: Country to Country, which returns to The O2 Arena in London from Friday 11th to Sunday 13th March 2016. Watch the video for Sonia’s song When We Are Alone below:

Advertisement. Scroll to continue reading.
In this article:C2C, Sonia Leigh