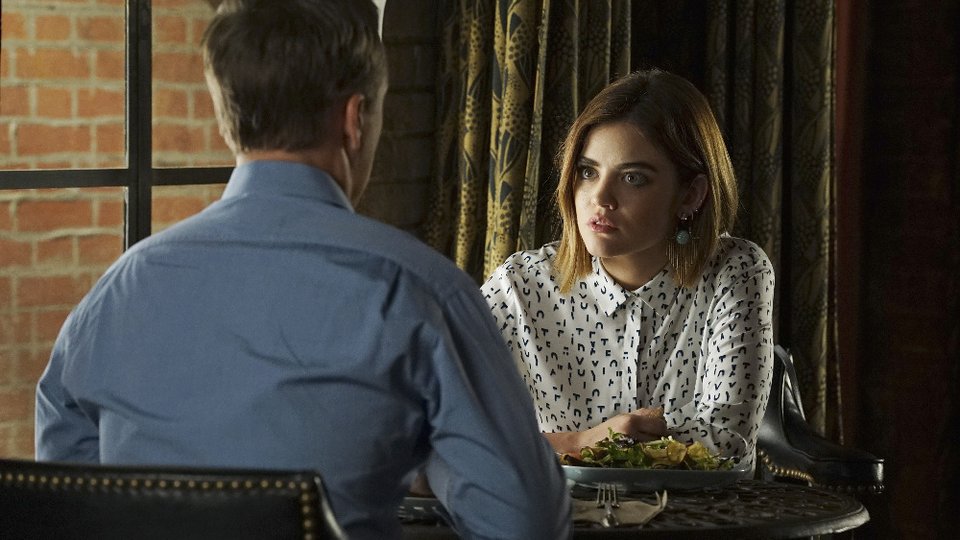 Pretty Little Liars is hurtling towards its season 6 finale and we’re definitely not ready for it!

On the latest episode Emily (Shay Mitchell) discovered the lengths that new A would go to when he/she destroyed the eggs she had donated by sabotaging the freezers at the clinic. Meanwhile Spencer (Troian Bellisario) was shocked to discover that her mum was secretly battling breast cancer and that the opposition in the election campaign was planning to use that secret against her.

Elsewhere in the episode Aria (Lucy Hale) was caught out by Liam (Roberto Aguire) and confessed all about Ezra’s (Ian Harding) book, and weapon used to murder Charlotte (Vanessa Ray) was revealed to be part of a suitcase, the same part that was missing from Melissa Hastings’ (Torrey DeVitto) suitcase!

The next episode of the season is We’ve All Got Baggage. With Ezra back in Rosewood, Aria must tell him the truth about her involvement with his book, Spencer and Caleb (Tyler Blackburn) deal with a media leak that affects the campaign, and Emily gets harassed by the stalker while she continues the search for Sara (Dre Davis).

Ahead of the episode airing, two sneak peek clips have been released teasing what’s to come. You can watch them both below:

Aria worries about being fired