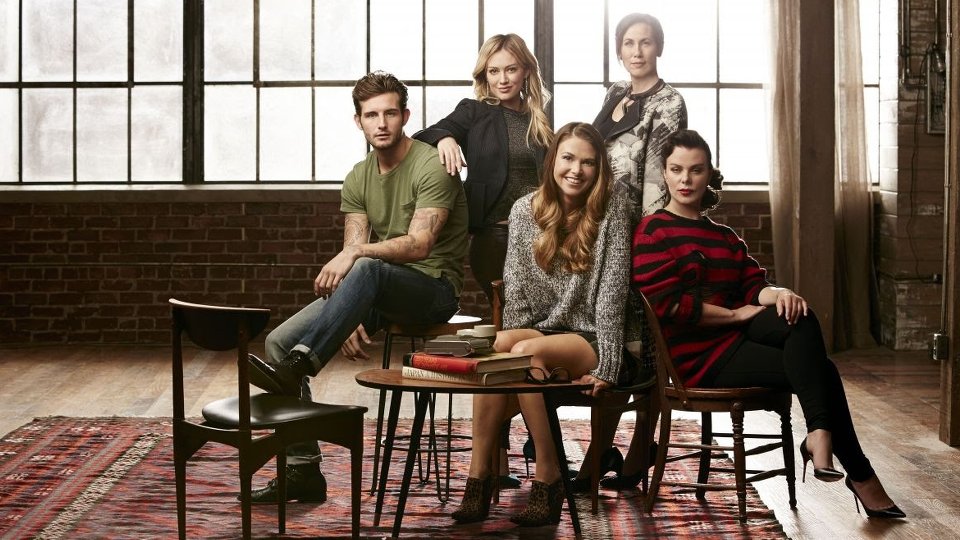 There’s nothing more frustrating than a really good TV show getting buried in the schedules and left to languish on a channel that few people know about is there?

Well that’s exactly what’s happening with US comedy-drama Younger, which is currently airing on Wednesday nights on Sony Channel (yeah I didn’t know that was a thing either!). In the US the show airs on TV Land and it gets a pretty big promotional push, something that can’t be said of its arrival on UK shores.

For the uninitiated, Younger is based on the book of the same name by Pamela Redmond Satran. The show follows the story of recently divorced 40-year-old Liza Miller (Sutton Foster). With her teenage daughter travelling and her ex-husband out of the picture, Liza moves in with her friend Maggie (Debi Mazar) in Brooklyn while she tries to figure her life out. After a series of demoralising interviews for a job in publishing, where she is discriminated against due to her age, Liza meets 26-year-old Josh (Nico Tortorella) in a bar and he mistakes her for being the same age.

Turning to Maggie for help, Liza decides to pass herself off as a 26-year-old and soon finds that job opportunities are a lot easier to come by. After landing a job as an assistant at Empirical Press, Liza befriends rising publishing star Kelsey Peters (Hilary Duff) and continues to see Josh. As her career and her personal life start to take off, Liza has to fight to keep her secret with the fear that someone from her past may out her at any moment.

If you’re not familiar with the show, then keep reading to find out my 10 reasons why it should be on your DVR planner every week!

1. Sutton Foster. The award-winning Broadway star is an absolute revelation as Liza. She attacks the role with gusto but also keeps you emotionally invested in the character thanks to her nuanced performance. She’s as convincing with the comedy aspects of the show as she is the drama, and she’s easily one of the best actresses on TV right now.

2. The hot guys. OK so this is a shallow reason but there’s no denying that Younger serves up a hot guy for two different age groups. First up there’s the gorgeous tattooed hunk of man that is Nico Tortorella (Scream 4, The Following) who plays Liza’s boytoy Josh. He spends A LOT of time in his underwear in this show people! For the older viewer, or for those who like their men mature, there’s Peter Hermann who is a total DILF and plays Liza’s handsome boss Charles.

3. Darren Star created the show. If you’re asking who, then you should be hanging your head in shame. Star is responsible for some of TV’s most iconic shows including Melrose Place, Beverly Hills 90210 and of course Sex and the City.

4. Miriam Shor. I could actually watch Miriam in her own show every week! She plays cutthroat publishing agent Diana Trout, who makes Liza’s life a bit of a nightmare at times. Miriam manages to make Diana a thoroughly likeable character even though she’s utterly despicable most of the time. Give her a spin-off!

5. The supporting cast. Hilary Duff, Molly Bernard and Debi Mazar all bring a lot to the show. Duff reinvents herself with a more adult role and is fantastic in the show. Molly Bernard, who is a regular in season 2, brings hilarity as the very liberal and a bit kooky Lauren while Mazar brings plenty of charm and sex appeal as Liza’s lesbian best-friend Maggie.

6. It has a big heart. Even though the premise of the show is all about lying to get ahead (or just be given a chance in a difficult industry!), Younger has so much heart that it’s impossible not to fall in love with it. You root for Liza every step of the way, even when you realise what she’s doing is kinda crazy.

7. There are plenty of laugh-out-loud moments. As Liza gets to grips with life as a twentysomething there are a lot of big laughs to be had. From misunderstanding youth speak to getting carried away in her new life, Liza brings the funny all the time and Sutton Foster delivers it brilliantly.

8. It is afraid to get a little risqué. Most comedies that come over from the US are very vanilla shall we say. That isn’t Younger. The show isn’t afraid to tackle more adult issues in an adult way and it’s one of the reasons I love it.

9. The inevitable love triangle. Normally this would make me sigh but it’s handled so well in Younger. Liza is head-over-heels for Josh but there are definitely some unresolved feelings with her boss Charles. Will either of them act on it? Are they the show’s ultimate end game? What about Josh!? So many questions.

10. Nico Tortorella. I know, I know. He was part of reason 2 but to be honest he’s a reason all on his own. Take a look at what a mighty fine specimen he is…

Younger airs at 9pm on Wednesday on Sony Channel in the UK. Watch the trailer for Younger below: