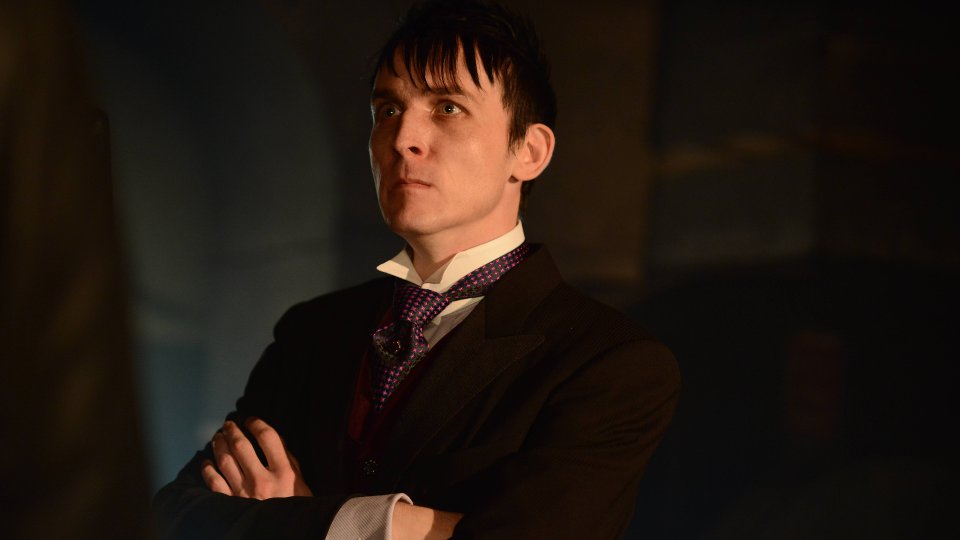 Bridgit Pike (Michelle Veintimilla) continued to cause trouble for the Gotham PD this week in the latest episode of Gotham.

After moving in with Selina (Camren Bicondova), Bridgit killed her brothers after the kidnapped her. She then went rogue and was caught by Gordon (Ben McKenzie) and his team. A shootout ended in Bridgit being set on fire and she was pronounced dead to the world. Bridgit actually survived the ordeal and her fire-proof suit had melted onto her body. She was taken to Indian Hill, the underground division of Wayne Enterprises, where illegal experiments are carried out on people.

Elsewhere in the episode Edward (Cory Michael Smith) came clean to Kristen (Chelsea Spack) about murdering her boyfriend but when she reacted badly he accidentally killed her. Butch (Drew Powell) was caught by Theo (James Frain) trying to help Cobblepot (Robin Lord Taylor), and Bruce (David Mazouz) was lured further by Theo with promises to aid him in the assistance of cleaning up corruption in Wayne Enterprises.

The next episode of the season is Mommy’s Little Monster. Theo Galavan’s multi-pronged attack on Gotham comes to fruition, while another of Batman’s future enemies realizes his new self.