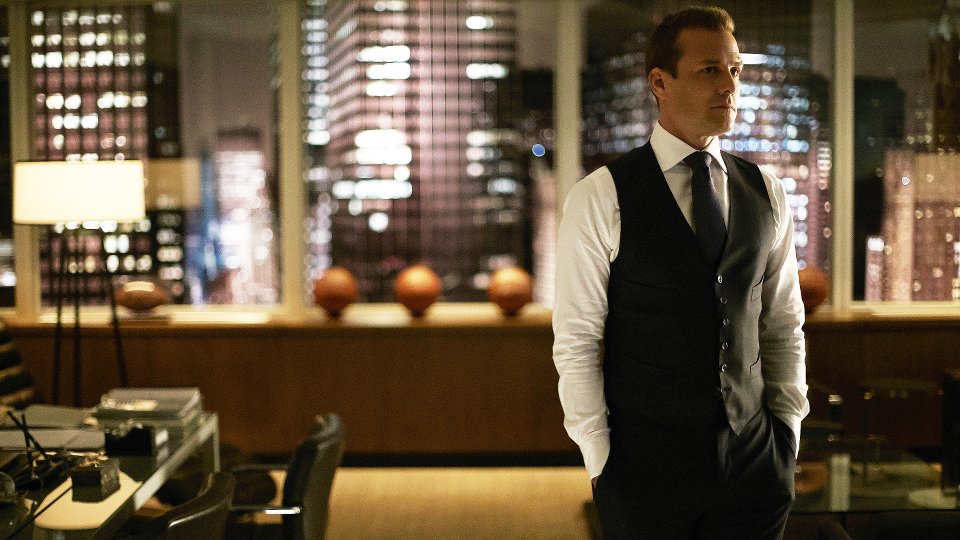 Things are really heating up on Suits and the latest episode unveiled the identity of the person who tipped off Gibbs (Leslie Hope) about Mike (Patrick J. Adams).

Mike was convinced that the person responsible was Professor Gerard (Stephen Macht) but Louis (Rick Hoffman) realised that it was actually Sheila Sazs (Rachael Harris). He visited his former lover and she agreed not to come forward but refused to retract the anonymous email she sent.

Gibbs tried to intimidate Donna (Sarah Rafferty) into giving her information on Harvey (Gabriel Macht) by arresting her father for a crime he committed years earlier. Harvey and Mike managed to negotiate the release of Donna’s father and get Gibbs off Donna’s case using a letter from Gerard that claimed Mike was a real lawyer.

Elsewhere in the episode Gretchen (Aloma Wright) admitted to her new boss Louis that she was the one who organised the article about Mike in the journal without realising the impact it would have.

The next episode of the season is God’s Green Earth. Mike and Harvey clash over their tactics at trial and how to beat Gibbs.

Tune in to Dave at 10pm on Monday to see the episode. Preview the it with our gallery below: