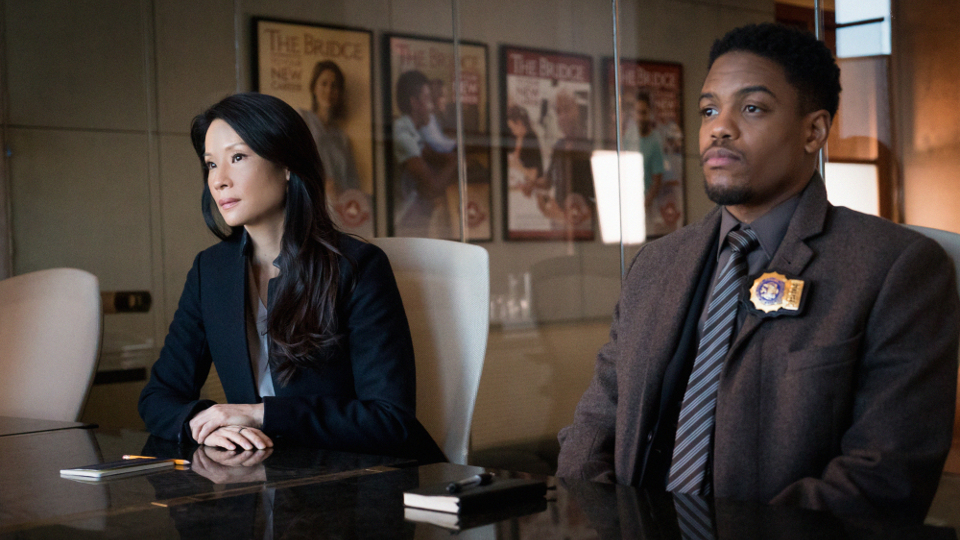 The latest episode of season four saw Holmes (Jonny Lee Miller) and Watson (Lucy Liu) investigate the murder of a Russian billionaire and the two assassin’s who killed him. Shortly after the death of the Russian, the assassin’s getaway vehicle crashed off a bridge killing both of them. Holmes concludes that their vehicle had been hacked and remotely controlled.

Further investigation uncovered links to the war between Russia and the Ukraine. Due to the sensitive nature of such a case it was taken off them by the FBI. However Holmes isn’t one to give up and he eventually discovered that the company the programmer worked for was set to make a lot of profit selling their rocket engines in place of the Russian ones.

Elsewhere in the episode Watson received a surprise invitation to dinner from Morland (John Noble). She agreed and over dinner he revealed that he knew Mycroft was still alive. He also told her that he had been banking his own blood in case of emergency and requested her assistance to look at a blood bank in New York.

Watson did some investigation of her own into Morland after noticing his odd eating habits and the amount of tablets he was taking. Using facial recognition software she linked him to a woman who was shot dead in Paris.

At the end of the episode she revealed to Sherlock that she thinks Morland may be in danger. She also thinks that he may have been shot previously and now suffer from stomach issues.

The next episode of season four is Alma Matters. Holmes’ tentative reconciliation with his father suffers a setback when Holmes and Watson discover Morland has been keeping a secret that threatens all of their safety. Also, Holmes and Watson investigate two murders connected to a for-profit college and its illegal recruitment practices.

Tune into Sky Living at 10pm on Thursday to watch the episode. Preview episode 10 with our gallery below: