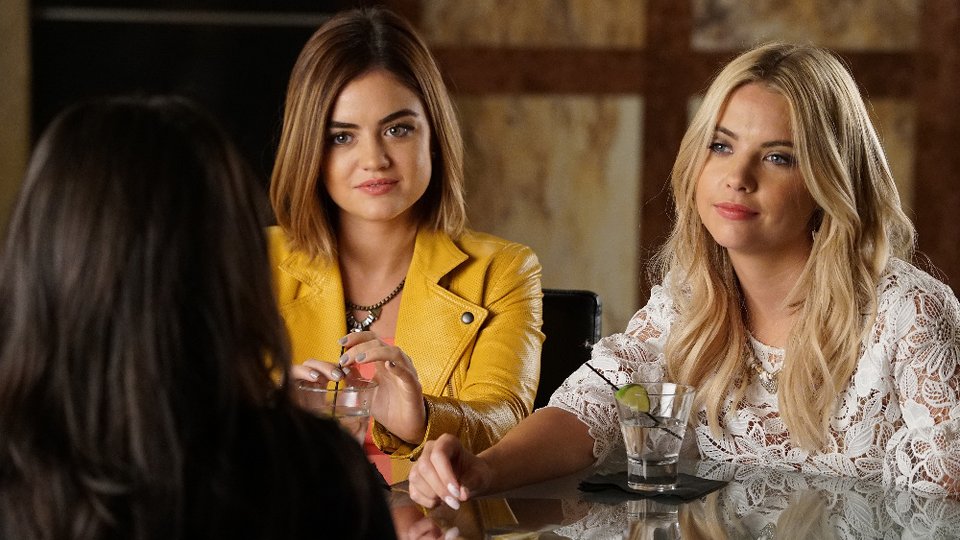 Aria (Lucy Hale) was relieved to discover that Byron’s big secret is that he was back together with her mother Ella (Holly Marie Combs), which seemingly got him off the hook when it came to being a prime suspect in Charlotte’s (Vanessa Ray) murder. She then joined forces with Spencer (Troian Bellisario) to break into Sara’s room at The Radley, where they found a ton of fake hands, maps of the old Radley and a secret ladder down into the basement of the building.

Elsewhere in the episode Emily (Shay Mitchell) had her eggs harvested only to find out that the couple that were buying them no longer needed them. She also hallucinated that Sara attacked her (or was it not a hallucination?). Alison (Sasha Pieterse) reached out to Emily to mend fences and accompanied her to the hospital. Hanna (Ashley Benson) asked for Caleb’s (Tyler Blackburn) help when A pushed her to return the hard-drive with the missing security footage on.

The next episode of the season is Where Somebody Waits For Me. Spencer is worried that her mother is keeping secrets from her and Aria admits the truth about Ezra’s (Ian Harding) new book. Meanwhile, Caleb, Spencer, and Hanna deal with the repercussions of their new relationships.

Spencer talks to Veronica about the campaign

Caleb and Hanna have a heart-to-heart