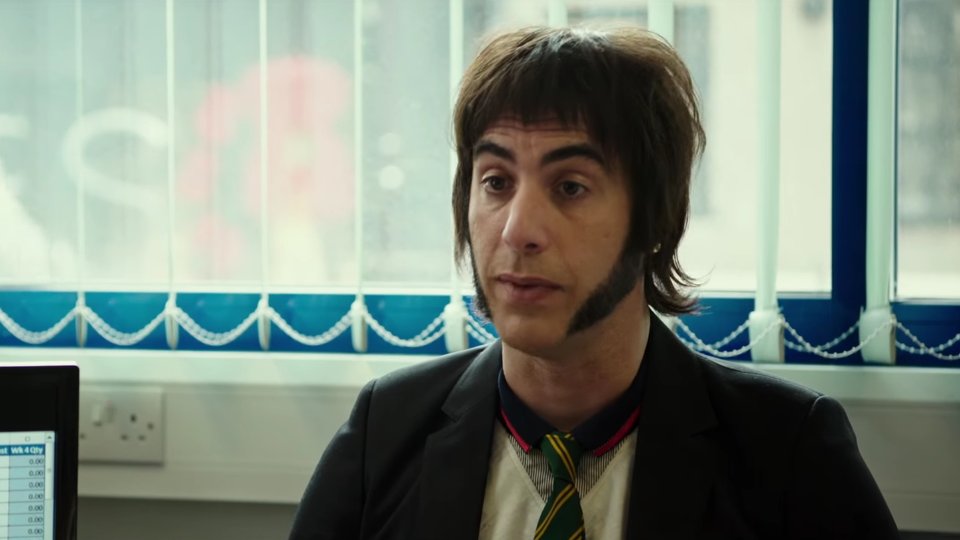 A new trailer has been released for Sacha Baron Cohen‘s upcoming comedy Grimsby.

Nobby has everything a man from Grimsby could want – 9 children and a girlfriend he loves more than anything (Rebel Wilson). There’s only one thing missing in his life: his little brother, Sebastian (Mark Strong), from whom he was separated as a child. After 28 years of searching, Nobby has finally tracked his brother down in London – unaware that he’s an MI6 assassin. After a disastrous reunion in which Nobby accidentally ruins Sebastian’s life and puts them both on the run, they uncover a plot to destroy the world. In order to save humanity, and his brother, Nobby has to embark on a global mission and undertake a complete transformation from lovable idiot to sophisticated secret agent

Grimsby will be released in cinemas on 24th February 2016. Take a look at the new trailer below:

Cohen also stopped by Jimmy Kimmel Live earlier this week to show a graphic clip to the studio audience. You can see that moment by watching the video below: