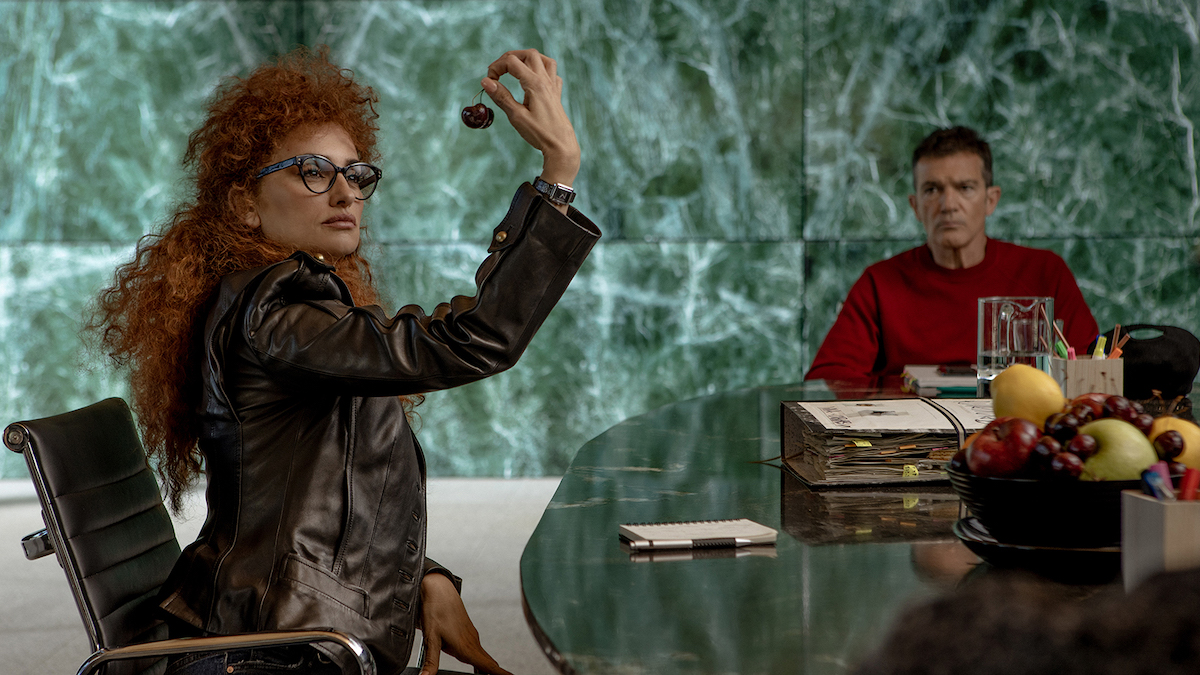 Penélope Cruz, Antonio Banderas, and Oscar Martinez bring the house down in this fabulous Spanish comedy about three creatives collaborating on an ambitious film project. Directed by Argentinian filmmaking duo Gastón Duprat and Mariano Cohn, who also co-wrote the script with Andrés Duprat, ‘Official Competition’ is one of the most fun films you will see at this year’s Edinburgh International Film Festival.

Driven by a desire to leave behind a legacy other than just his substantial wealth, multi-millionaire industrialist Humberto Suárez decides to purchase the rights to a critically acclaimed novel (which he has never read) and finance the film adaptation. To bring the film to life he hires the hottest director in Spain, the renowned and award-winning, experimental filmmaker Lola Cuevas (Penélope Cruz).

The scene of Lola telling Humberto the plot of the novel convinced me that if Penélope Cruz ever started doing audiobooks, I would buy every single one. The story of the book is about two rival brothers, who have become estranged since the younger one killed their parents in a drunk driving accident. Lola believes that the best casting option for these roles is to go for complete opposites, whose ideologies and working methods will create such friction, that they will get to the raw truth of the characters.

To that end, she brings in global action star Felix (Banderas) and prestigious theatre actor and scholar Iván (Martinez) to play the brothers. The film then takes us through the rehearsal process between these three narcissistic characters—the vapid artiste, the pretentious thespian, and the pampered star—fabulously skewering them along the way. Lola’s goal is to break them down, but instead unleashes competitive instincts in them, which occasionally cross the line into unpleasant viciousness.

‘Official Competition’ is an absolute joy, and these three actors are all on spectacular form. The chemistry between them is so much fun to watch, especially Banderas and Martinez, as they vacillate between grudging respect and outright antipathy, but then start to adopt each other’s styles and techniques. They are so funny. Of course, we already know that about Banderas, but Martinez (who will be something of an unknown to international audiences) is tremendous as the pompous Iván. In one of the film’s most dramatic moments, he punctures the mood with one of the funniest line readings I have seen in a long time.

As well as taking numerous savage swipes at the banal personalities that occupy so much space within the film industry, Duprat and Cohn stage the whole thing with an extraordinary aesthetic. The rehearsal space is provided by Humberto, at one of his office buildings, which is a huge modern art structure. Most of the scenes are shot in static wide-angle shots, in these vivid spaces. It makes for a unique and beautiful visual style, and gives the film an almost chamber-piece feel.

Of course, taking satirical pot-shots at cinema luvvies is fairly low hanging fruit, and there isn’t some huge insightful nugget of wisdom about the power of art and filmmaking revealed at the end. But who the hell cares? When it’s this much fun, and the performances are this good, just sit back and enjoy.