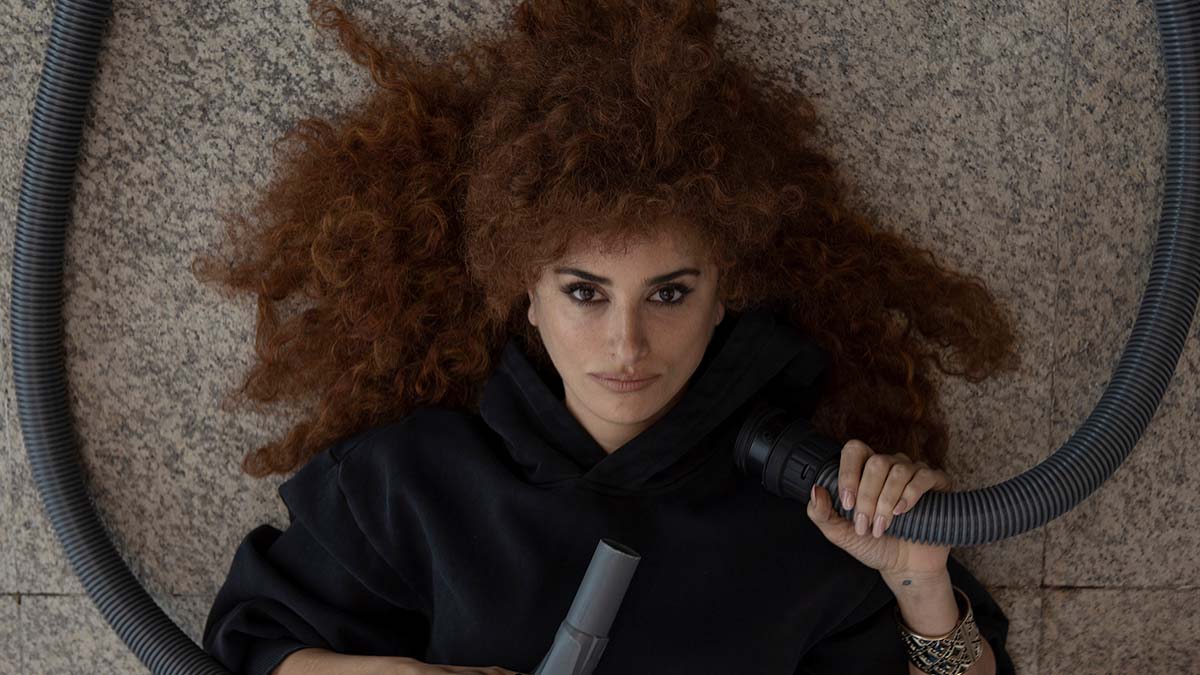 Billionaire entrepreneur Humberto Suárez (José Luis Gómez) is worried that he will have no legacy when he dies so he buys the rights to a book and enlists famous, but unconventional, director Lola Cuevas (Penélope Cruz) to turn it into a film. Once onboard, Lola decides to cast box office star Félix Rivero (Antonio Banderas) and serious thespian Iván Torres (Oscar Martínez) in the starring roles. As rehearsals get underway, the tension between Félix and Iván increases, with each struggling to keep their ego in check, and Lola is determined to push them to their limits.

‘Official Competition’ from directors Mariano Cohn and Gastón Duprat, is a dark satire about the movie industry and the way the stars within it behave. From her first scene, Lola is established as a bit of a kooky character with her big bright ginger hair and her determination to make the film she wants to make, regardless of what Humberto actually wants. The moment her two stars meet, they clash with Iván considering himself well above Félix in terms of talent and Félix believing that he is the more bankable of the two. When Lola asks them about the back stories for their characters, Iván reels off in-depth thoughts while Félix refuses to offer any back story claiming the audience doesn’t care.

Once the rehearsals begin, the tension slowly starts to increase as Lola pushes her vision onto the actors, refusing to let them put their own interpretation into their performances. One particularly painful scene sees Lola forcing Iván to repeatedly say the words ‘good evening’ until she’s satisfied with his delivery. Iván attempts to push back but soon realises his protests are futile. Félix meanwhile knows he’s out of his depth and will do anything to suck up to Lola and make sure she’s happy.

As Félix and Iván continually butt heads, Lola’s unconventional methods unexpectedly draw them closer to each other until one of the actors makes a shocking revelation that completely reshapes the way the film is being made, and the relationships that have been established between the three characters. To say more would be to give away too much of the plot but suffice to say it gets pretty wild during the film’s third act.

The performances of the film’s three lead actors is what makes the film so enjoyable. Cruz leans into comedy, something she excels at, and she’s in her element as the wild, wacky and unpredictable Lola. Banderas too shows he has a knack for comedy, and surprises in the film’s more dramatic scenes bringing depth and emotion to the fore. Rounding out the trio is Martínez who is excellent as Iván, an experienced actor so disgusted by the Hollywood machine that he’s rather cut off his nose to spit his face than ‘sell out’.

At its heart ‘Official Competition’ is an exploration of the minds of creatives and their varying processes. There’s no doubt in my mind that the scenes captured here have been inspired by real life, and you know full well some of the world’s biggest stars behave like this on film sets. To the actors and the director, making the film is the most important thing in the world as they search for ‘truth’ in their roles and fantasise about the impact it will have on the audience. ‘Official Competition’ playfully skewers the film industry, and it provides plenty of laughs along the way.