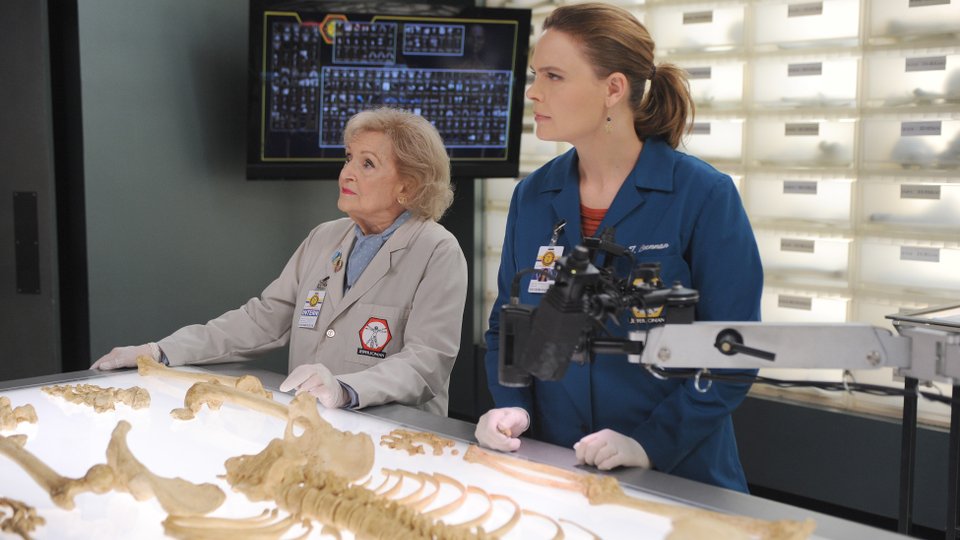 Brennan (Emily Deschanel) got back to work at the Jeffersonian to solve the case of a body found at a fish farm on the latest episode of Bones.

After investigating the remains, Brennan and the team discovered that the victim was missing some of his vital organs. Further investigation led to them uncovering an organ harvest ring that was involved with the man’s murder.

Elsewhere in the episode Cam (Tamara Taylor) became annoyed when the team kept inviting her to events worried that she was heartbroken, Hodgins (T.J. Thyne) organised a photography show for Angela (Michaela Conlin), and Booth (David Boreanaz) was furious when his brother’s ashes went missing.

The next episode of the season is The Carpals In The Coy-Wolves. Guest star Betty White helps out the Jeffersonian in a curious case involving fantasy football and coyote-wolf hybrids.