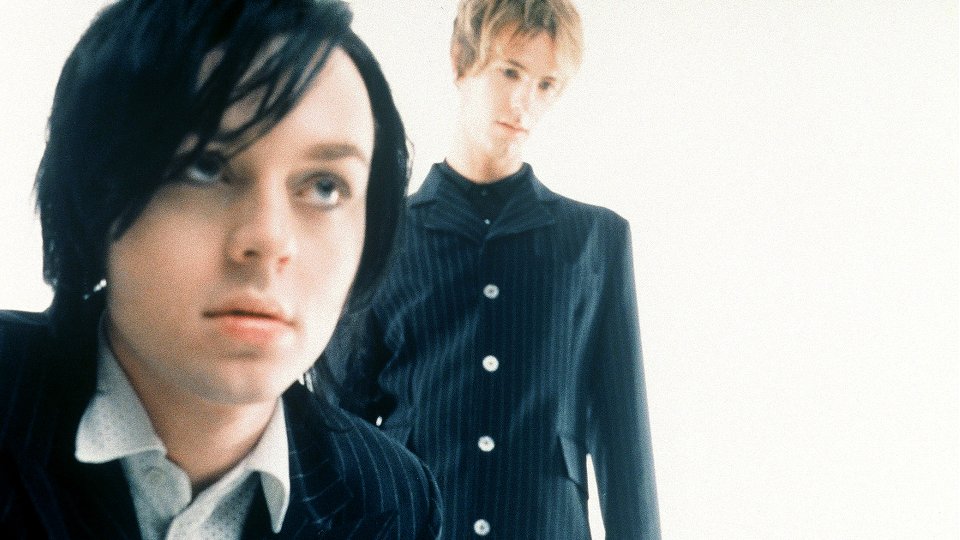 Savage Garden. For kids of the 90’s like myself, just hearing their name is enough to put a huge grin of nostalgia (yes, really, it was 20 years ago now) on our faces.

I can clearly recall seeing Darren Hayes on the Top of the Pops show in his black outfit, staring lovingly at the camera as his distinct vocals wrapped themselves around Truly, Madly, Deeply – ahhh, just dreamy. The beauty of their first, self-titled, Savage Garden album was how touching the songs were and how their self-belief of songs that they had written in a humble, suburban bedroom became huge in every corner of the world. The all-important follow up album (quite often dubbed ‘the difficult second album’ by the music industry) was, Affirmation. There was an enormous amount of expectation and pressure that came with its release, naturally, after the huge scale that saw their first album sky rocket. The critics and fans loved it and Affirmation was another huge success for the band. The flawless run of singles continued with the release of The Animal Song, I Knew I Loved You, Affirmation, Hold Me and The Best Thing.

It felt like they were around for a really long time, however Savage Garden only lasted for four years. In those four years, they broke numerous records and their songs were on the chart longer than Adele’s current reign of never really leaving the album charts (or so it seemed). They were a global phenomenon and their songs have stood the test of time. Inevitably, after those whirlwind years, the band decided to break up and focus on their solo projects. It was following Affirmation that Daniel Jones retreated from the spotlight and Darren Hayes continued as a solo artist. The release of Savage Garden: The Singles comes 20 years after the release of their first single and this singles collection includes a new and previously unreleased song – She. Although the band are very unlikely to ever reunite (they have turned down several lucrative offers, saying that they will never get back together), She is at least a new song for the fans.

Darren Hayes said, “It’s a long time ago, but my recollection is I was writing about the relationship that I have, and continue to have, with the women in my life. From my Sister to my Mother and all the friends and the wonderful female relationships in my life. I know I’m indebted to these incredibly strong women who loved me and taught me what it was like to be strong and succeed in a world where you sometimes feel underestimated.” Daniel Jones added, “From memory I think we just sat down and literally wrote it together in my parents’ house in Brisbane. I remember my mother really liked the track, the innocence and raw beauty of it. It’s very pro-female song so I think a lot of girls will relate to how powerful it is for them. I think that was probably the biggest reason why my Mum really took to this particular song”.

Hi and welcome! How are you doing today?

I’m super good. It’s sunset in Santa Monica and after this interview I’m about to go grab a coffee and catch up with some friends. Our local cafe is a bit like our local pub, so after three years here I’m definitely a local.

You have released a collection of your singles, which now date back 20 years. Can you believe it’s been that long? What made you want to release this album?

I can believe it. I’m 43 and I was 23 when Daniel and I first starting making music. The Savage Garden period was obviously extremely successful, for which I’m so grateful for, but it was literally only 4 years. The last 15 years I’ve toured so much, put out so many solo records, and done so many things that I can’t really put myself in those shoes anymore. It feels like a wonderful dream, but a long time ago.

You are among the most successful Australian recording artists of all time with sales in excess of 20 million albums and you hold the Guinness Book of World Records for winning an unprecedented 10 Australian Recording Industry Association (ARIA) Awards in one year (1997). You must be really proud of that?

Of course, it’s an wonderful honor and still hard to comprehend sometimes. I was a little kid from Brisbane Australia who dreamed of becoming a pop star, and somehow my dreams came true.

We hear that many of the songs on Savage Garden the album was written in a humble bedroom in Brisbane and the songs of course, became global smashes.
What were your thoughts and reactions when the album was received so well, all over the world?

I think because of the tremendous amount of self-belief you have to have to succeed in this business, and the arrogance of youth, it felt almost like a self-fulfilling prophecy. Had I known then, how utterly impossible the odds were and how fortunate the series of events that conspired to make it happen, I might have been terrified. But it was a feeling of relief which is a lovely naive quality to have.

Was the level of attention and the fame that you had at the time, hard to deal with?


It was and yet for me it was also an escape. I am a happily married 43 year old gay man living in Santa Monica. In 1996 I was a very confused and tortured young man, and the theatrics of music videos, photos shoots and live performances were a life line for my emerging sexuality. The sadness I felt about losing my previous life, and the loneliness from going from suddenly living alone in New York city, was buffered I think by this superhero costume, this image that I had created. I look back and am so grateful I had fashion and art and creativity to pour my emotions in to – and the feeling of being famous was actually one of solidarity with the audience. Many of our fans were our age or slightly younger, and they made me feel loved and accepted. The down side was, it was an exhausting pace and there were, of course, many grifters and people who would come out of the woodwork to take advantage of that fame or the lifestyle they thought went with it. It was hard realizing who my real friends were once the frenzy settled down.

What was your favourite memory of that time and the reaction that your self-titled debut – Savage Garden, received?

My favorite memories are personal ones. My first kiss with a boy on a dance floor in New York. Being able to financially give back to my family. Buying coffee for fans who waited in hotel lobbies to meet us and connecting on a very deep level to the audience on line. One of our biggest fans from that era was a girl named Maggz and she went on to become one of my dearest and most loyal friends. It was a ride.

Is it a strange feeling to sit around and reminisce about work that you wrote over 20 years ago?

No it’s sentimental, it’s full of wonder and it’s and it’s an honor. I don’t often look back, I take a leaf out of Madonna’s book there. I’m always interested in evolving and growing, so sometimes it’s a treat to stop and smell the roses.

What was the transition like, going from being in Savage Garden, to a solo artist?

Utterly brutal, unexpected, exhausting and hard work! It was not my decision to end the band, although at the time it was reported as such, so I was left to deal with the aftermath of that for many years. It’s only been in the last 5 years or so that the truth has finally been accepted as fact that it was Daniel’s desire to leave the spotlight. I had never imagined the band would split and I had never planned to be a solo artist. But in an instant I had a choice. Evolve or dissolve. I’m incredibly proud that I picked myself up and continued on. The body of work I’ve created in the years since are my most proud achievements because they represent my resilience and the ability to keep moving forward even in the face of great resistance.

The likes of Smash Hits magazine and pop music was much bigger 20 years ago. Did you get much chance to hang out with other bands and artists at the time and any funny tales to tell us? Or was it non-stop working and promotion work?

I’m not a celebrity, and I’ve never courted fame, so I have always been uncomfortable in those circles. I could drop an impressive list of very famous people I’ve been lucky enough to meet, but none are friends. Some of my favorite people along the way are road crew, sound engineers, musicians and producers.

Truly, Madly, Deeply is one of my all-time favourite songs, it is timeless. What is the biggest compliment you have received about any of your songs?

I’m proud that it seems to be an evergreen, which is a song that has been and has the chance to be played on radio for generations. A songwriter can only hope to achieve that and I’m so touched Truly, Madly, Deeply became the soundtrack to so much. Youth, first love, marriages, the 90’s. There are a lot of sentimental attachments people have made to the song and I’m incredibly grateful because it was and is a very sincere personal song for me.

She was originally a demo from 1994 that is now included on the album. Can you tell us more about this track?

It was probably one of the more mature songs Daniel and I had written during our studio day, but it felt too mature at the time. I adore women, I have a relationship with my Mother and Sister that involves a lot of sacrifice on their behalf to bring me through this world, so lyrically that’s what it means to me. I was surprised how good it sounded all these years later and it’s a lovely time stamp from a very early incarnation of what our songwriting partnership was about.

How important is it to you to continue writing music – be if for various projects, or for personal reasons?

I’ve never stopped making music. 20 years of it. Music is in my D.N.A. At the moment I’m writing a musical with all original songs which is very different from a recorded album for radio. I don’t have any desire to release or write music for radio at the moment. Maybe one day, but no time soon.

Tell us what’s next for you and what are your plans for the forthcoming year?

I’ve just finished three years of training in improvisational comedy at The Groundlings Theatre and School in Los Angeles. It’s been an incredibly liberating experience, and coming from a theatrical slant with my own solo career, it’s been a natural extension for me. It has resulted in a 52 episode comedy podcast called The He Said He Said Show that I produced last year, a Star Wars spoof web series I co-wrote and co-starred in called ‘Going Dark: A Sith Story’ and I’m now writing a musical. I’m a very busy boy.

Savage Garden: The Singles is out now. Watch the music video for Truly, Madly, Deeply below: