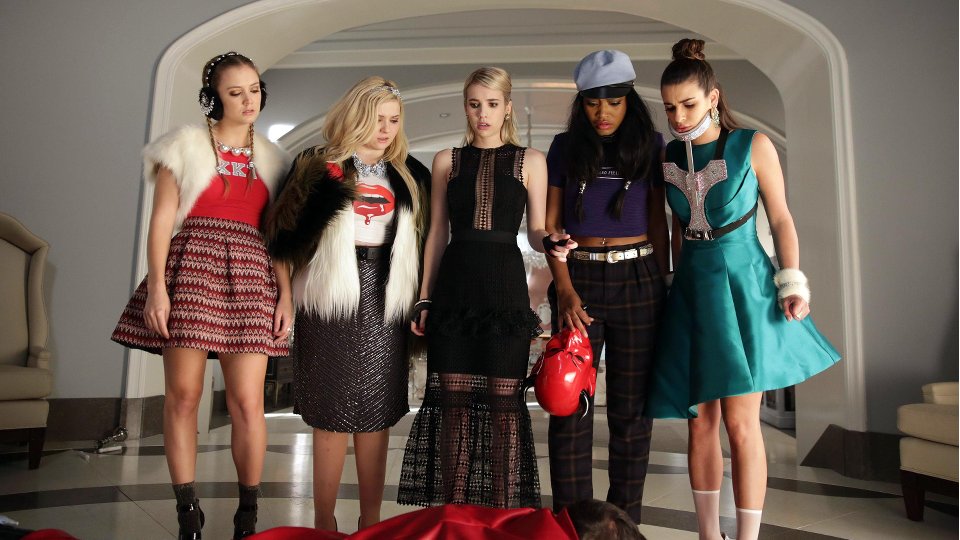 Pete (Diego Boneta) confessed to Grace (Skyler Samuels) that he was a murderer on the latest episode of Scream Queens.

Just as the lovebirds were about to have sex, Pete revealed to Grace that he didn’t want her to lose her virginity to a murderer. Who exactly has he murdered and how does he fit in to the Red Devil mystery? We’re presuming that’ll be revealed on the next episode.

Elsewhere Chanel (Emma Roberts) and her minions were attacked at a shopping centre on Black Friday leaving Chanel with an arrow in her shoulder, Denise (Niecy Nash) was appointed the new Chief of Police after the entire department was fired, and Chanel decided that Dean Munsch (Jamie Lee Curtis) had to die and plotted to kill her in a cryogenic stall, which failed.

The next episode of the season is Dorkus. Chanel’s email heaping scorn on her minions goes viral across the campus. Pete unburdens himself to Grace, who is not impressed with what she hears.