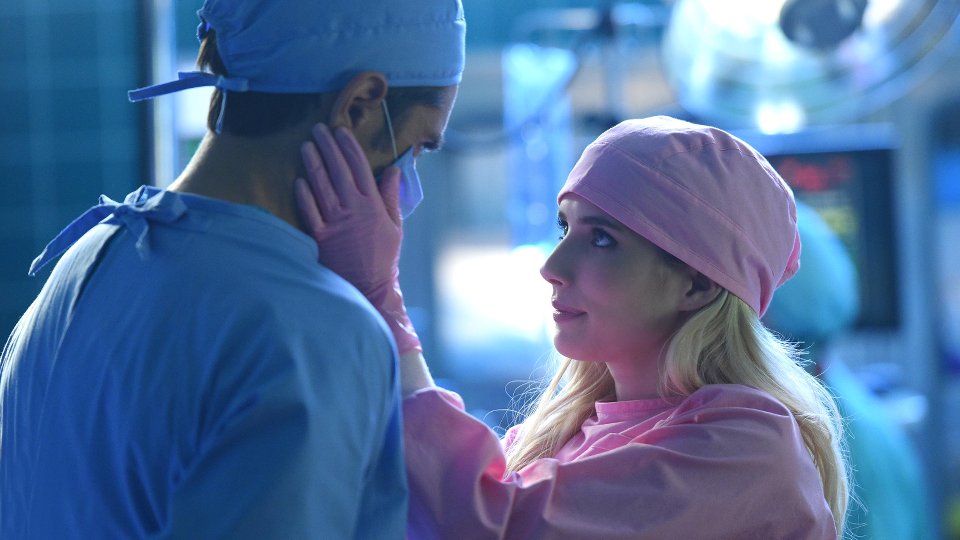 Nurse Hoffel (Kirstie Alley) announced a blood drive competition to try and put an end to the hospital’s drought on the latest episode of Scream Queens.

Chanel (Emma Roberts) was determined to win the competition by using the Chanels to donate blood. With her eye on an all-expenses-paid holiday to Blood Island, Chanel wanted to take Dr. Brock (John Stamos) with her. Dean Munsch (Jamie Lee Curtis) sabotaged that idea by faking the results of Chanel’s blood test so everyone thought she had lots of sexually transmitted diseases.

One of the new Chanels agreed to donate blood, despite her fear of needles, and fell victim to the Green Meanie who drained all of her blood from her. Before that took place it was revealed that Dr. Cassidy (Taylor Lautner) was the Green Meanie and Nurse Hoffel asked to join him when she found out. Cassidy also confirmed that there is another Green Meanie causing havoc at the hospital.

Elsewhere Nurse Hoffel was revealed to be Agatha Bean’s sister and Hester (Lea Michele) tried to cure a patient who believe he was a vampire.

The next episode of the season is The Hand. To secure good press for the hospital, Munsch pitches a risky surgery to Dr Holt. Chanel No 3 forces Cassidy to undergo tests, with surprising results.