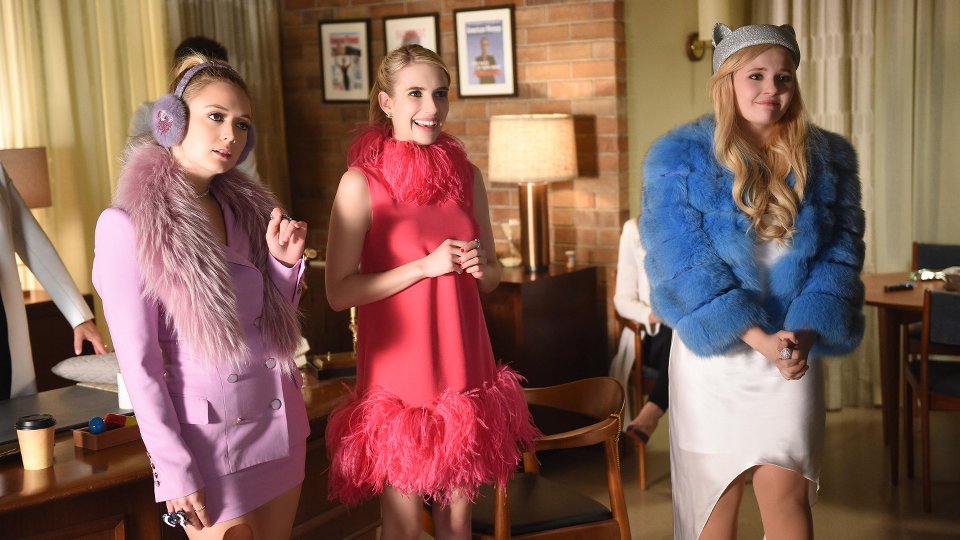 Wes Gardner (Oliver Hudson) made an unexpected visited to the hospital on the latest episode of Scream Queens.

He needed surgery when a large hairball was discovered in his stomach, which he ate so that he would have a reason to see Dean Munsch (Jamie Lee Curtis) so he could win her back. His plan worked but what he didn’t bank on was Chamberlain (James Earl) discovering a piece of the Green Meanie costume in the hairball.

Chamberlain confronted Wes who revealed that he was back to get revenge on the Chanels for what they put his daughter through. Wes then killed Chamberlain so he couldn’t tell anyone what he knew.

Elsewhere Zayday (Keke Palmer) continued investigating and found out that Jane Hollis (Trilby Glover) bought the original Green Meanie costume. Jane gave it to her brother and asked him to kill the staff. Before she got chance to tell anyone what she knew, Zayday was drugged and captured.

Meanwhile Dr. Holt (John Stamos) struggled to be intimate with Chanel (Emma Roberts) and wasn’t impressed when she threw a party that insulted his age. He also tried to deal with his growing attraction to Dean Munsch.

The next episode of the season is Lovin’ The D. The Chanels are overwhelmed when their TV idol, Dr. Scarlett Lovin visits the hospital; Hester calls a Green Meanie summit as the killers put their kill plan into effect.