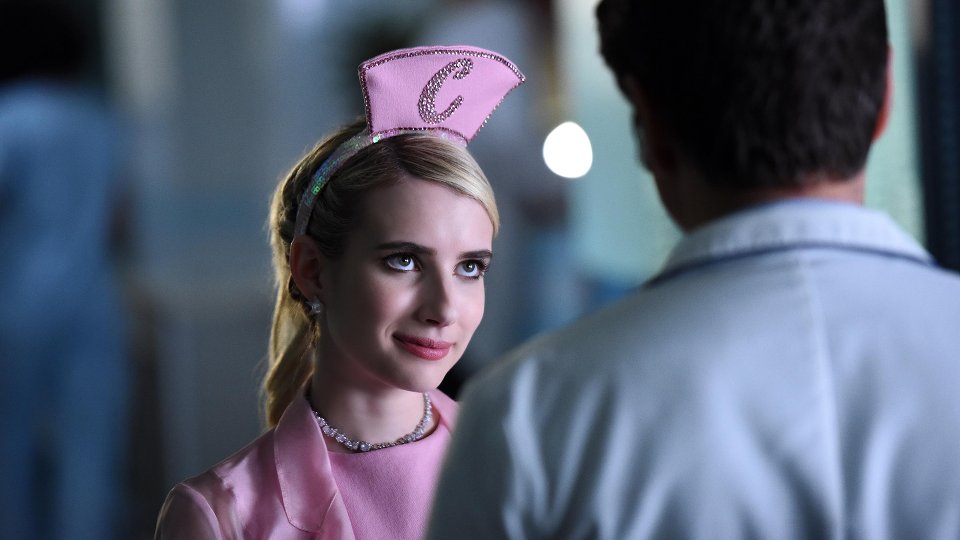 Scarlet arrived at the hospital to front a live surgery but ended up being murdered after her coffee was poisoned by Wes (Oliver Hudson). The coffee was supposed to be for Chanel but Scarlet drunk it by accident prior to the live procedure.

The Chanels had to quickly study to pass a medical test so they could operate and they went ahead with the operation despite Scarlet’s untimely demise.

The three Green Meanies – Wes, Nurse Hoffel (Kirstie Alley) and Cassidy (Taylor Lautner) – revealed themselves to one another and to Hester (Lea Michele). Wes killed himself after trying to kill Chanel (Emma Roberts) and upsetting Hoffel and Cassidy.

The season finale is Drain the Swamp. The Green Meanie’s final plan for revenge is set in motion, Hester makes a bold move to secure her future and Brock performs dangerous surgery.

Tune in to E4 at 12.45am on Thursday to see the episode. Preview it with our gallery below: